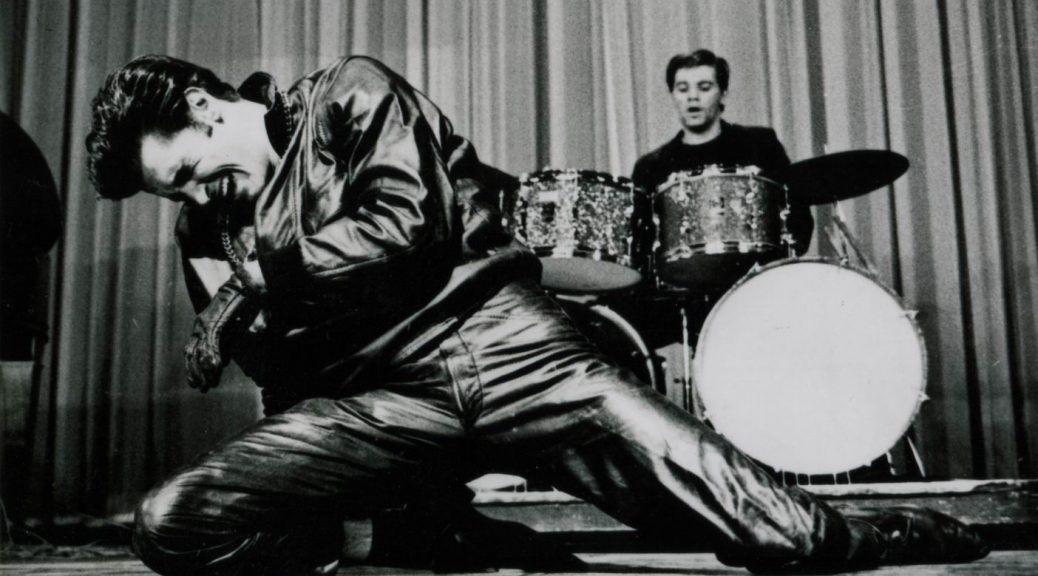 June 6, 2012 marks the 40th anniversary of the release of David Bowie’s The Rise and Fall of Ziggy Stardust and the Spiders from Mars.

A landmark album in the history of pop music, Ziggy Stardust is arguably among the best of early seventies glam rock, but its lasting appeal has always been rooted in the iconic character of Ziggy himself — one the earlier and more outlandish alter egos that Rock’s master chameleon has assumed over the years.

The human form of an extraterrestrial sent to earth in its final five years to deliver a message of hope, Ziggy ascends to great heights of stardom only to crash and burn in what becomes both a celebration and condemnation of  rock n’ roll excess and the elevation of pop idols to godlike stature.

The nature of the character has been well documented by Bowie in interviews given over the years (most notably, in conversation with William S. Burroughs as moderated by writer Craig Copetas in an article in the February 28th, 1974 issue of Rolling Stone). Likewise, Bowie has been very forthcoming as to the real-life models that inspired the character.

Part Iggy Pop, part Marc Bolan, a bit of the Legendary Stardust Cowboy (if in name only) with shades of Syd Barrett, Ziggy’s musical and cultural influences can oddly, forty years on in the context of pop music history, seem somewhat obvious. Yet among the many inspirations for Bowie’s rock star alien prophet is a little known British born Elvis Presley wannabe named Vince Taylor.

Superstar to some (Joe Strummer of the Clash, who covered one of Taylor’s few original compositions Brand New Cadillac, once called him “the beginning of British rock’n’roll,” adding that “before him, there was nothing”), Vince Taylor was an odd European mutation of the American rockers he emulated. From the late nineteen-fifties through to the British Invasion of 1964 ushered in by the Beatles, Taylor’s eccentric but earnest imitations of Elvis Presley, Eddie Cochran, Gene Vincent, Jerry Lee Lewis and others earned him notoriety in the UK and on the continent, especially in France. But his reputation for unpredictable mood swings and overindulgence in drugs and alcohol — coupled with an almost fetishistic ever-present uniform of head-to-toe black leather complimented by a large Joan of Arc medallion — made Taylor an outsider. Almost alien.

By the mid sixties, Taylor was regularly dropping acid, and the LSD was affecting his mind. On one occasion, he told an audience he was the Apostle Matthew. At another show, he claimed to be the son of God. Bowie met Taylor in 1966, at Vince’s lowest point.

“Just the weirdest kind of creature… in his own mind he did become the Messiah… He used to hang out on Tottenham Court Road and I got to know him then. And he had these strange plans, showing where there was money buried, that he was going to get together… he was going to create this new Atlantis at one time… and he always stayed in my mind as an example of what can happen in rock n roll. I’m not sure if I held him up as an idol or as something not to become. Bit of both probably. There was something very tempting about him going completely off the edge. Especially at my age, then, it seemed very appealing… Oh, I’d love to end up like that, totally nuts. Ha ha! And so he re-emerged in this Ziggy Stardust character.” — Bowie on Taylor sometime in 1990 (quotes widely circulated but source unknown)

It is generally now believed by critics, biographers and fans alike that this fascination with, yet fear of mental illness is at the core of Bowie’s eventual discomfort with the character of Ziggy. A little over a year after the album’s release, Ziggy Stardust and the Spiders from Mars would play their final concert at the Hammersmith Odeon (captured in Ziggy Stardust: The Motion Picture) and Bowie abandoned his alter ego, never to become him again.

After a couple of attempts at comebacks in Europe through the late nineteen seventies, Vince Taylor lived in Switzerland and worked as an airplane mechanic. He died of cancer in 1991 at the age of 52.

On recent tours, Morrissey uses footage of Taylor performing “Whole Lot of Twistin’ Going On” as part of his pre-show audience warm up.

The title of my post is taken from a lyric in David Bowie’s “The Bewlay Brothers” from Hunky Dory (1971), the album preceding Ziggy Stardust (the entire line is “Chameleon, Comedian, Corinthian and Caricature”). It was written, in part, for his brother Terry who suffered from and ultimately succumbed to schizophrenia. Mental illness ran in David’s family, and he forever wondered if he, too, would one day go mad.

For more on David Bowie’s fear of mental illness and relationship with his schizophrenic brother, read Mikal Gilmore’s excellent article “How David Bowie Changed the World” in the January 18, 2012 issue of Rolling Stone (click here for an excerpt).