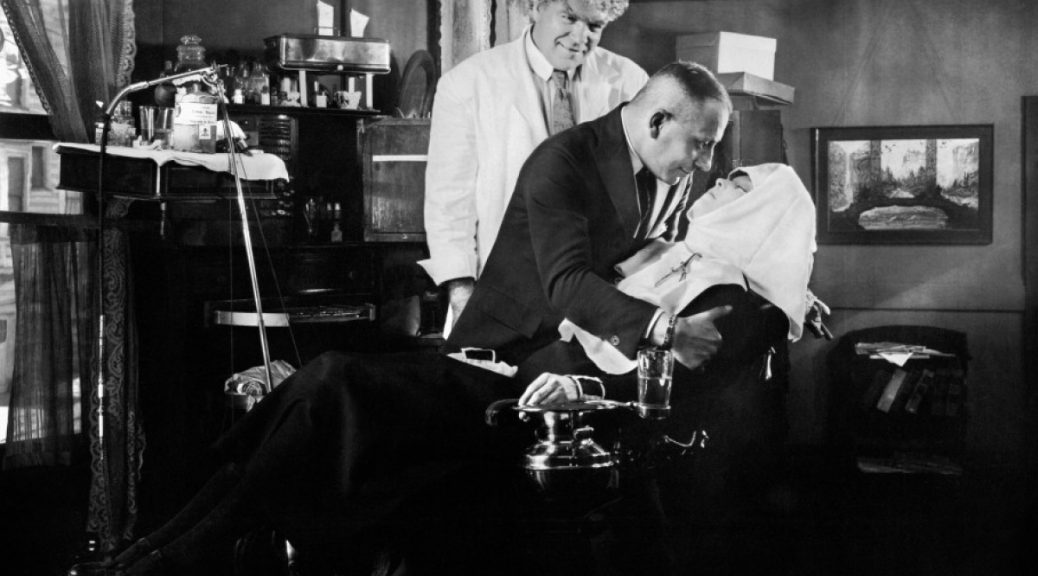 Erich von Stroheim‘s GREED, the story of three friends whose relationship is destroyed by avarice after one wins $5,000 in a lottery (no small sum of money in 1924 when the film was being made), is one of the earliest and, arguably, most ridiculous examples of how a director’s clash with a studio executive — and not just any executive, but, in this case, “boy wonder” bigwig, producer Irving Thalberg — can result in cinematic infamy.

Intended by von Stroheim to run almost nine hours (at one point, he proposed the idea of having an audience see the film in four hour segments over two successive days), GREED was poorly reviewed and a box-office flop when its butchered (but logistically necessary) two-hour edited version was released in January, 1925.

Though no intact version has ever been found of von Stroheim’s film, it was learned that the director did, in fact, create a continuity prior to production. In 1999 — seventy-five years after principal photography — this continuity, along with still photographs from lost scenes, was used to recreate the missing parts of GREED.

But is the reconstruction really a film? Still photographs that are “panned and scanned,” zoomed in upon and moved across the screen to simulate motion do not a movie make. Much like the long anticipated but hugely disappointing reconstruction of the entirely lost LONDON AFTER MIDNIGHT starring Lon Chaney, the re-assembled GREED is no more a “film” than a a sketch artist’s flip book or scenes projected from a magic lantern.

For more information about TCM’s presentation of GREED this Labor Day, click here.