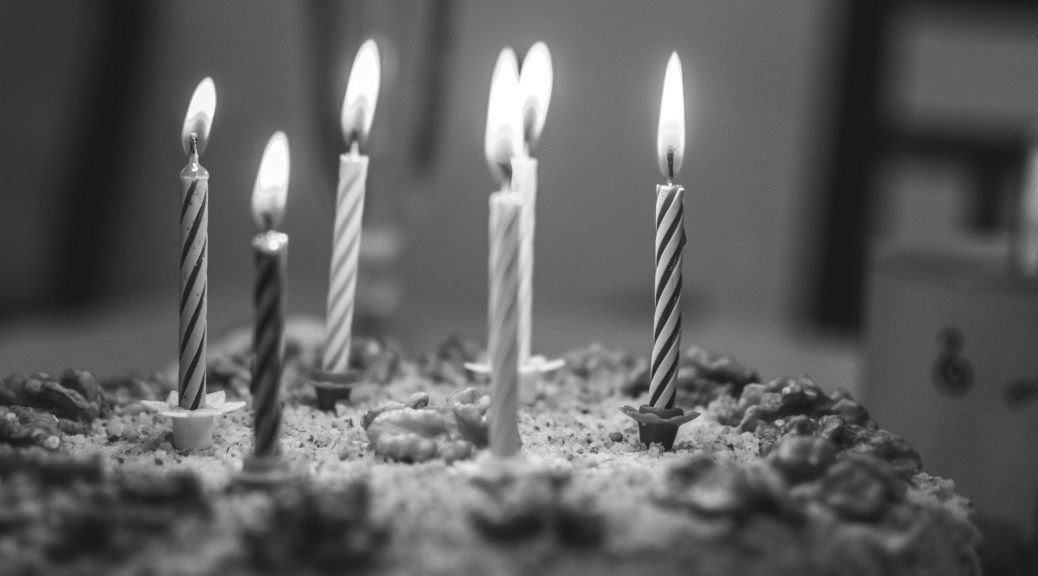 For much of human history, celebrating birthdays was more than egotistical; to many, it was a sin of pride.

To the ancients, only the Gods or their physical manifestations on earth — Pharaoh (as noted in Genesis 40:20), or, much later, the Emperors of civilizations as diverse as Rome and Japan — were important enough to have the date of their birth honored.

Still, some four-hundred years before the birth of Christ, the people of modern-day Iran and Iraq apparently decided the average man’s birthday was worth noting. The practice of astrology — begun in a primitive form as early as the third millennium  — became more sophisticated under the Babylonians by the second millennium. And with astrology came a better method of recording exact dates of birth — even for mere mortals (though usually those of royal birth who could afford the services of an astrologer).

Horoscopes elevated the importance of birthdays (the earliest of which can be traced to April 29, 410 B.C. near what is now Baghdad). Herodotus, in his On the Customs of Persians (430 B.C.), observed that “Of all the days in the year, the one which [Persians] celebrate most is their birthday.”

Birthday celebrations were slow, however, to catch on among Jews (as evident in the writings of Josephus in the first century A.D.), and later,  Christians.

Writing in 245 A.D., Origen of Alexandria in a homily on Leviticus (viii in Migne, P.G., XII, 495) commented that “none of the saints can be found who ever held a feast or a banquet upon his birthday, or rejoiced on the day when his son or daughter was born. But sinners rejoice and make merry on such days.”

Oddly enough, it’s likely that the celebration of Christ’s birth was what opened the doors to the common man recognizing his own birthday and those of his family without guilt. Though the date of December 25 took many years and much debate upon which to be settled, it is in the years following celebrations of the birth of Christ that we begin to see Church records noting the births, baptisms and/or the naming of common folk.

Name Day, a practice popular in the Middle Ages in Catholic and Orthodox countries, tied a individual (no matter how lowly) to a Saint for whom they were named; thus honoring a Saint’s Day became an acceptable way to celebrate one’s own name (and thus commemorate one’s very existence and, by extension, birth). No sin of pride, participating in the festivities of a Saint’s Day because of your given name was encouraged. In lives otherwise grim during the Middle Ages, Name Day was a rare opportunity for personal annual jollity.

But Saint’s Days (and thus Name Days) fell out of favor with the Protestant Reformation and dawn of the Renaissance. The former rejected practices deemed idolatrous and the latter led ultimately to an Age of Reason. But by the eighteenth century, notions of happiness and liberty finally made it acceptable to champion and thus celebrate the individual. And the best time to celebrate the individual? Their birthday.

“The highest of all holidays in the satanic tradition is the date of one’s own birth.” – Anton LaVey, The Satanic Bible

Poets begin elevating the birthday to heights of adoration by the early eighteenth century. Whether in pursuit of a woman — like Jonathan Swift in 1719 to his dearest Stella — or the recognition of a great man — as in Robert Burns’ 1794 Ode for General Washington’s Birthday — the celebration of birth was nascent in art and becoming widespread in culture. There was Kinderfeste in early nineteenth-century Germany. Birthday cards — though more of a formal greeting than an acknowledgement of one’s age — were known to be sent in Victorian England. Birthday cakes, likewise wished “Many Happy Returns on the Day.” And a little known ditty from 1893 called “Good Morning to All” morphed at some point into the ubiquitous “Happy Birthday to You” by 1912. By the 1920s, the birthday party had arrived; age-specific parties like the  “Sweet Sixteen,” a custom for girls in a burgeoning middle class, came into vogue.

Thus we arrive at the modern-day birthday party. From the understandably jubilant “Baby’s First” to the “wow, you’re still alive” centenarian’s final few, the birthday has transcended the individual and become an almost communal necessity — an industry unto itself. An office-interuptus excuse for cake. A click upon a Facebook wall.

In a matter of a few millennium, we have gone from believing few of us worthy to note their birth to an expectation that there is not only reason for a party, but an obligation to our family and friends to do so.

Still, for many, celebrating a birthday is a reminder of getting older.

“I grabbed a pile of dust, and holding it up, foolishly asked for as many birthdays as the grains of dust, I forgot to ask that they be years of youth.” — Ovid, Metamorphoses

With the passage of time, many of us now have “birthday blues.” In a culture that worships youth, many do not want to be reminded of the calendar. “Be happy,” says the world. And if you’re not? Something must be wrong with you. Science has shown that “birthdays are periods of increased risk for men aged 35 and older in the general population and in those receiving mental health care.” Perhaps we are all not meant to have happy birthdays.

Notions of aging are forced upon us. We are, no pun intended, born into them. There’s the innocence of childhood. The reckless days of youth. Conquering the world in our twenties. Settling down in our thirties. Looking back in our forties. New horizons in our fifties. Retirement, if we’re fortunate, in our sixties. The “golden years” of our seventies, eighties and, for a lucky few, nineties.

All are decades marked by expectation.

Hall of Fame pitcher Satchel Paige, the oldest rookie to play in Major League Baseball at the age of 42, is quoted as saying two of the most profound statements about birthdays and aging that no psychologist, poet or philosopher could ever come close to expressing. There is his famous, oft-misquoted and widely adapted to suit many an occasion: “Age is a case of mind over matter. If you don’t mind, it don’t matter.” Even more insightful is his seeming challenge to all of us:

“How old would you be if you didn’t know how old you are?” — Satchel Paige

Age. Accomplishment. Entitlement. The “I” above all else. Self-doubt by way of selfism.

Birthdays and our expectations of them can often take us to dark places: arrogance, bitterness, pride. But the best of all celebrations are those that affirm life.

To be alive is precious at any age. And to commemorate birth? Pride, but not hubris. An honor that matters.