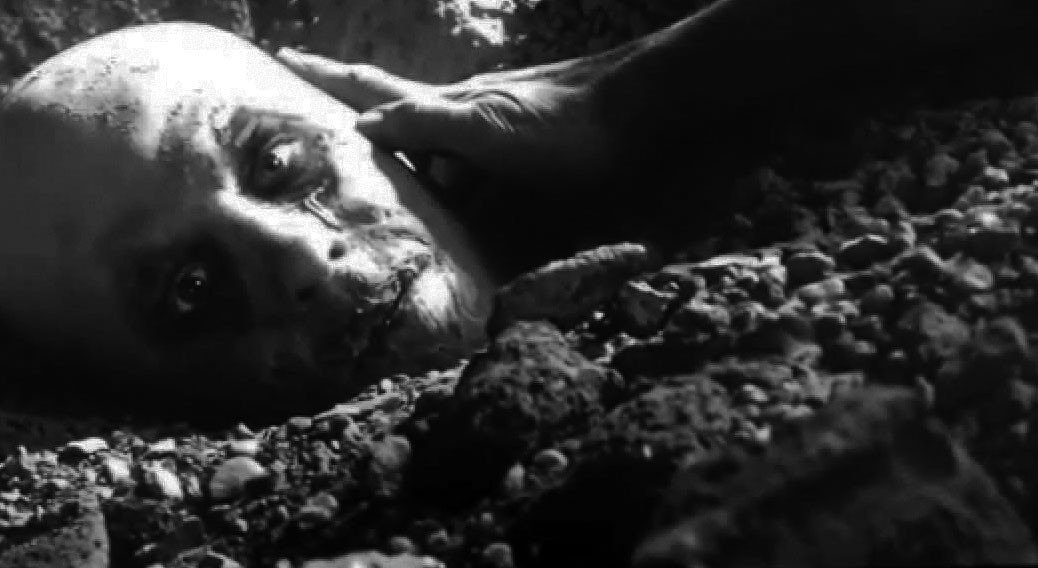 There used to be a time that when the credits rolled, the audience cleared the theater. But with the box office dominance of Marvel Comics’ movies over the past decade, there is now a curious expectation mid or post credits. It’s that a small scene — be it a teaser, joke, or nod to the die-hard fan — that appear on screen before the house lights come up  and the cleanup crew arrives to collect empty tubs of popcorn and discarded vats of soda.

While not confined or even invented by Marvel™ — the studio that brought us the third all-time biggest box office of all time with a gross of $1.519 billion for 2012’s Avengers — the mid or post-credits scene (sometimes called a “stinger scene” and grouped within a larger gift to fans called Easter Eggs) has been elevated to an art by the comics / entertainment company that now owes the majority of its profits to its films.

What follows is a list and description of not only the post-credit scenes in Marvel Studios films (10 in all at the time of this post), but other Marvel Comics offerings, including the Spider-Man and X-Men franchises from studios like Sony Pictures and Twentieth Century Fox.

Do not read further if you have not seen these films.

First up, the first ten movies of what is considered the core “Marvel Cinematic Universe” from Marvel Studios:

Tony Stark, visiting General “Thunderbolt” Ross (Sam Elliott) in a bar, gloats that “the super solider was put on ice for a reason” and tells him “what if I told you we were putting a team together?”

Nick Fury hands Tony Stark an envelope labeled Avengers Initiative, telling Stark that following an assessment by Black Widow (Scarlett Johansson) “I’m not sure if [the Avengers Initiative] applies to you anymore.” That S.H.I.E.L.D. would consider using Stark as a consultant, but not in the Iron Man armor.

As an additional bonus, another post-credits scene introduces Agent Phil Coulson (Clark Gregg). “Sir, we’ve found it,” says Coulson by phone to Fury as the audience is treated to a shot of Thor’s hammer, firmly planted like Excalibur in stone amidst the dust and sand of the New Mexico dessert.

Professor Solvig (seemingly possessed by Loki (Tom Hiddleston)) is shown the Tesseract (aka the Cosmic Cube) in a S.H.I.E.L.D. lockup by Nick Fury. Loki’s reflection is seen in a mirror.

Steve Rogers (Chris Evans) knocks a punching bag off of its chain while boxing. Nick Fury proposes a missions to him. A preview of the Avengers follows.

Having manipulated Loki all along, Thanos, the mad titan, is seen as the mastermind behind the Chitauri invasion force.

A second post-credits scene shows the Avengers enjoying schwarma, as foreshadowed by a hungry Tony Stark during the fight to save Manhattan.

Tony Stark talks to an ersatz psychiatrist in the form of a disinterested Bruce Banner (Mark Ruffalo). “I’m not that kind of doctor.”

The Collector (Benecio Del Toro) is given the captured Elf Aether (which is, in actuality, an infinity stone) by Lady Sif (Jamie Alexander) and Volstagg (Ray Stevenson).

As a bonus, the audience is treated to a kiss between Thor (Chris Hemsworth) and Jane (Natalie Portman). And a Jotunheim Beast that was teleported to Earth during the Convergence is seen still running rampant through London.

Baron Zucker, another Hydra survivor of the Third Reich, is seen with a Chitauri scepter, pointing out that ours is “an age of miracles” as the audience is shown Quicksilver and the Scarlet Witch in their respective cells.

Among the wreckage of the Collector’s collection is a cigar smoking Howard the Duck!

Next up, and often overlooked, are the two films in the rebooted Spider-Man franchise from Sony Pictures.

A mystery man emerges from the shadows to ask the now imprisoned Dr. Curt Connors “did you tell the boy the truth about his father?”

Oscorp’s special project bunker is revealed to have the makings for a future Sinister Six, complete with not only the rhino armor and goblin board, but a set of vulture wings.

Then there’s the superhero franchise that arguably started it all: the X-Men (which began in 2000). The only post-credits scene in any of the first three films occurs in the last of the trilogy… and it’s a doozy!

Dr. Moira MacTaggart (Olivia Williams) hears the familiar voice of Charles Xavier (Patrick Stewart) coming from a comatose patient — this after Professor X is thought dead after being disintegrated by the Phoenix / Jean Grey (Famke Janssen).

While his bladed hand emerges from the debris, a decapitated (character-named-but-completely-unlike-the-comic-to-the-point-of-being-criminal) Deadpool opens his eyes and shushes the audience!

Two years after the events of the film, Logan (Hugh Jackman) is passing through airport security. As he sees a Trask Industries commercial on a television monitor, he is approached not only by Magneto (Ian McKellan) but an alive and well Professor Xavier (Patrick Stewart) rolling along. “As I told you, you’re not the only one with gifts.”

The next X-Men film, Age of Apocalypse (2016), is hinted at as an ancient, powerful mutant sometime in civilization’s distant past manipulates the pyramids of Egypt like a child’s playthings.

Last, but not least, are the not forgotten by ultimately forgettable films of the short-lived Fantastic Four franchise along with the over-serious leather-ladden Daredevil.

A bedridden bullseye (Colin Farrell) in full body cast is tormented by a buzzing fly. Able only to twitch a finger, he reaches out for a toothpick on a nearby table. The buzzing stops as the camera cuts to reveal a very satisfied look on the villain’s face.

Although the first film in the FF franchise had no post-credits scene, its sequel did. Seemingly dead in space following his death at the hands of his creator, Galactus, the floating body of the Silver Surfer opens his eyes.

NOTE: This list has been assembled for people like me, die-hard fans that would like all of the information in one place.  But there will undoubtedly be exclusions, oversights, or oversimplifications in this list.

Except for a quick scene of Wesley Snipes’ titular character speeding away at the end of Blade: Trinity (2004), The Blade trilogy (arguably the film franchise that secured Marvel’s cinematic success) has no stingers.

Oh, and we won’t even begin to address the Easter Eggs in DC Comics movies, like BATMAN VS. SUPERMAN. But you can read about that movie, and comics that inspired it, here.

More detailed information is available all over the web; the Marvel Cinematic Universe wiki is a good place to start for those who wish to dig deeper into all aspects of the films. To see all of the mid and post-credit scenes in Marvel movies, visit the Marvel’s After Credit YouTube Channel.