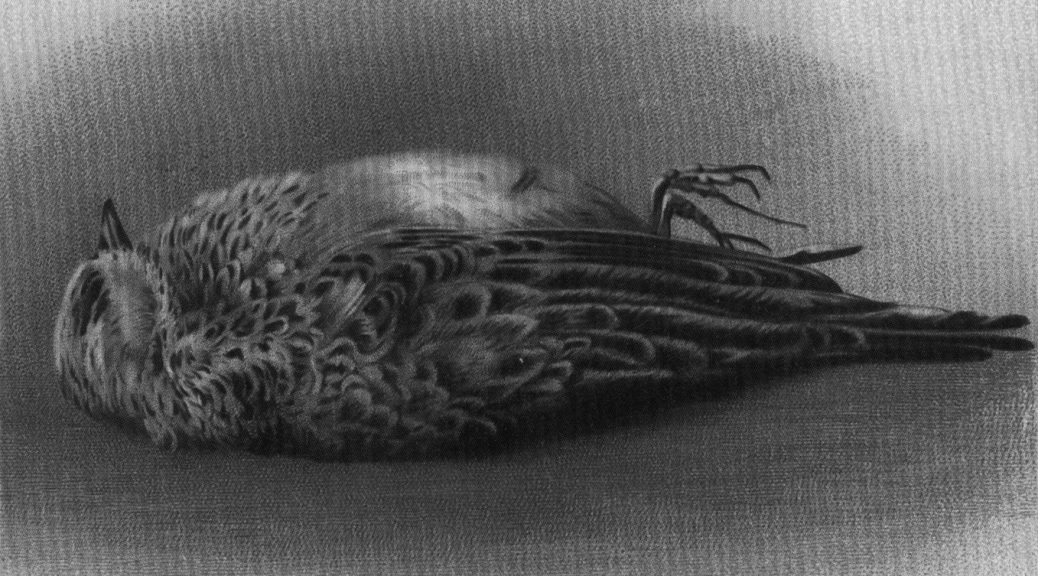 The Victorian fascination with death is well-documented. From funeral customs to mourning rituals, people of the late nineteenth century influenced and built upon many of the trappings of death we take for granted in western culture. But Christmas cards depicting death? That would appear to be uniquely Victorian, and — so it would seem — a strange mix of beliefs both pagan and Christian.

Artist J.C. Horsley, commissioned by Sir Henry Cole — the man who, in 1843, set up the “Public Records Office” (what we would know as a Post Office) and wondered how to attract ordinary people to his “Penny Post” — is credited with creating the first modern, mass-produced Christmas card. At its center, a family toasts the holiday. Flanking them are scenes of charity among the poor. It’s a heart-warming scene and one we would expect of the season.

Yet the darker side of Victorian culture — which inherited hundreds of years of Celtic and Christian folklore and tradition — is also readily apparent in many cards from the period.

Much has been written about such cards. Google “odd Victorian Christmas Cards” and not only will you ideally find this article, but many over the years devoted to the topic. Some will even contain the cards noted here. But few will provide you with what I believe are the reasons behind such bizarre cards. Or at least two in particular.

Dead birds can be found on more than one Victorian Christmas card, and most bear sentiments like “A Loving Christmas Greeting.” The meaning behind this grotesque imagery? Probably has its origins in Celtic traditions associated with December 26 — the day after Christmas — also known as St. Stephen’s Day.

In Ireland, this feast day for the first century martyr is called Lá Fhéile Stiofáin or Lá an Dreoilín, which translates as the Day of the Wren or Wren’s Day.  Up until about a century ago when the practice started to wane, groups of small boys would hunt for a wren, then chase the bird until they either caught it or it died from exhaustion. The dead bird was then tied to ta pole or holly bush.

Some scholars have posited a theory that this hunt for the wren finds its origins in anti-pagan customs. As discussed in Birds in Legend, Fable and Folklore, men and boys on the hunt for the wren on the Isle of Man in and around the 10th century shouted “draoi-en” — which translates as “Druid Bird.” Druids were believed to have used wrens in acts of divination. It is likely that hunting the wren was a Christian rejection of heathen practice attributed to Druids. Though not practiced like it was a century ago, Wren’s Day with its wrenboys and mummers is still practiced in some areas of the British Isles.

Thus a dead wren on a Christmas card might seem a perfectly normal image to some Victorians whose Celtic roots would signal to them that this anti-pagan symbol was an appropriate way to celebrate Christ’s birth.

Few could argue the same, however, for a card depicting a murderous frog who, upon stabbing his companion, steals away with a sack marked “2000.” Unless, of course, we are instead meant to think of Christ’s death, and not his birth. Or more precisely, Christ’s death and resurrection as a promise of salvation made possible by his birth.

Some have said that frogs symbolized sin to a Victorian audience. In folklore and fable, they are often creatures capable of extreme violence, engaged in warfare —most often, it would appear, with mice.

Anthropomorphic frogs on Victorian cards of all kinds are many. For Christmas, there are frogs playing instruments (with one carrying a banner that reads “Hurrah for Sanity” [a topic for another time]); frogs skating across ice; even frogs carrying umbrellas (see this blog post for photos of them all).

Anthropomorphized animals having fun at Christmas is nothing new — not for a modern audience nor for the Victorians for whom frogs, dogs, cats, horses and chickens were all fair game (or foul as the case may be).

Still, the frog holds a unique place among animals in western culture. For centuries, Europeans regarded the frog as a harbinger of death or doom — some would say because of the poison carried by some species, and others due to the belief that witches often took frogs or toads as familiars. They were associated with heretics and sinners in the Middle Ages by such notable figures as Dante and Martin Luther. Yet frogs were also seen as Christ symbols.

Scholar Simona Cohen in Animals as Disguised Symbols in Renaissance Art explains that Pliny the Elder in his Natural History believed frogs died in winter and were born again in the spring. She goes on to explain how emblem books of the Renaissance included images of frogs as symbolic of Christ’s resurrection. Other forms of western art also embraced the idea of the frog’s transformation from a tadpole as a sort of death and rebirth.

If anthropomorphized frogs can be both saints and sinners, then is it too far a stretch that they could be stand-ins for Christ and his betrayer? Could we be seeing a Judas-frog carrying away coin after literally back-stabbing the Jesus-frog? Is the distinctive cross shape of the dagger significant? How about the number 2,000 on the sack being carried away?

That number may be a key. While some time can be spent trying to figure out if 30 pieces of silver in any way amount to the equivalent of 2,000 drachmas or denarii or shekels (they don’t, by the way), it is not beyond reason that the illustrator of the card may have been aware of the Talmud — where the days of the Messiah were to be 2,000 years (in a 6,000 year cycle of mankind). Is the Judas-frog stealing 2,000 years by killing the Messiah? Does the card then suggest to us that the Judas-frog thinks he has robbed the world of 2,000 years of Christianity?

The message to the Victorian audience may have been more clear. Its true symbolism may be lost to time. Or I might be missing the point altogether!

If, however, this anthropomorphic morality play is indeed related to Christ, then a reminder of the resurrection would not be too far afield of the message of Christmas. Christ is born. He will die. He will rise again. The frog that murdered him will surely hang. And don’t forget that the wren the druids once held in high esteem will be hunted down in the name of God and St. Stephen.