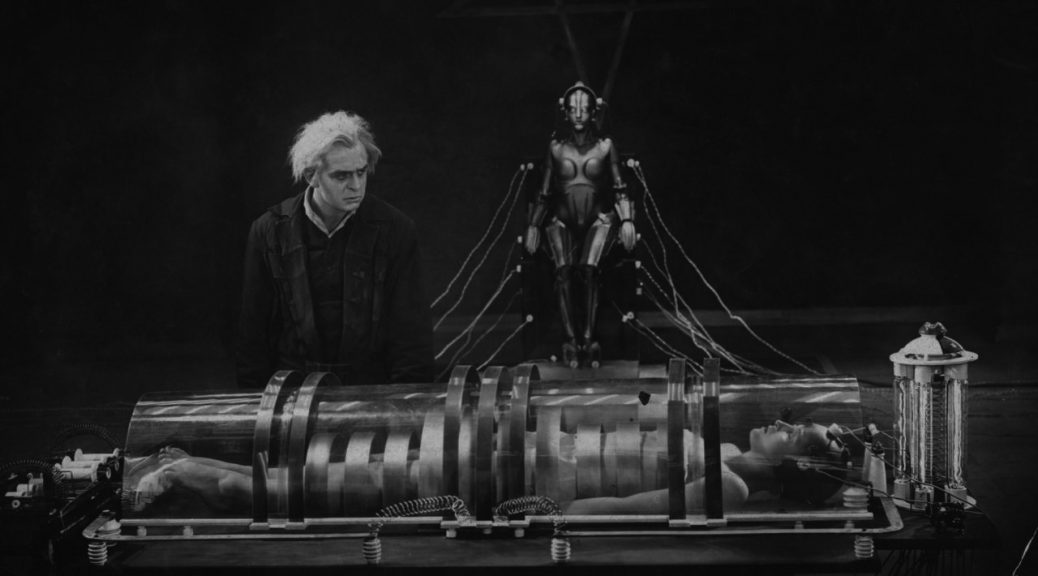 Sex doll manufacturer Realdoll has recently announced that its silicone companions will soon have limited artificial intelligence. The company’s “first robotic head systems” (no pun intended, I’m sure) will roll out later this year, featuring eye and mouth movement that will simulate facial expression and deliver vocal responses that actually play off of — and learn from — its owner’s conversational cues.

The earliest documented attempts at creating an artificial human —referred to early on as “automaton” — dates to both Albertus Magnus and Roger Bacon in the 13th century. But it wasn’t until the nineteenth century that the term “android” found its way into the lexicon (the term appears in US patents as early as 1863 in reference to miniature human-like toys), with “robot” oddly enough following it early in the twentieth century. Coined by playwright Josef Čapek in R.U.R. the word “robot” is derived from the old Slavic ‘rabota’, meaning “servitude” or the more modern “rabu” meaning “slave.”

Indeed, the robot or android as slave is a both a theme in much science fiction and a very real ethical dilemma for futurists. In a 2013 essay for the Institute for Ethics and Emerging Technologies, futurist and transhumanist Hank Pellissier reduces the roles of robots to three basic tasks: work, kill, sex. “Robot obeys. Robot does what human Master wants. Robot is Slave,” writes Pellissier, adding “we’ll want them gleaming gorgeously and functioning smoothly as they perform their functions for us – laboring, battling, copulating.”

Gorgeous and functioning, um, smoothly (pun definitely intended), is certainly the directive of the RealDoll. Having no will, it will simply bend to suit its master’s desires.

Of course, there’s always the fear that the slaves will turn on their masters. Physicist Stephen Hawking, for example, in an interview with Larry King, once said “artificial intelligence has the potential to evolve faster than the human race” adding that “once machines reach a critical stage of being able to evolve themselves we cannot predict whether their goals will be the same as ours.” Is it so outlandish to think that limited AI as being pioneered by McMullen could decades from now be seen as the first generation of androids that will, indeed, be able to pass for human and think freely? It is after all, only a sex doll.

RealDoll’s founder and CEO Matt McMullen makes no pretension to such lofty goals for his doll that will set you back $10,000. In an interview with vice.com, he says “We’re not trying to fool you into thinking, ‘Is this a real person?’ We’re trying to make the experience something you’ll enjoy.”

Enjoyment. Pleasure. Companionship. It may be simulacrum, but the RealDoll doesn’t judge. It doesn’t make demands. And like a doll, it can be put away and taken out only when its owner wants to play.

What this will do to social interaction and human behavior remains to be seen. Should the price drop and RealDoll becomes as ubiquitous as the mobile phones that suck our attention and keep us from making true human contact with the person right next to us at Starbucks, we may face a future where it is the human that becomes more and more like the cold machine. Distanced from other human beings and closer to the machines that fulfill our needs. Then the lines will really blur as the science fiction of our time predicts with shows like Westworld and Humans.

In a 1994 issue of Scientific American, Marvin Minsky, a cognitive scientist and co-founder of MIT’s AI laboratory wrote “Will robots inherit the earth? Yes, but they will be our children.” Two decades later, artists and engineers like McMullen have skipped that paradigm. Robots will not be our children. They will be our wives, girlfriends, boyfriends, lovers.

What’s the next step in Realldoll’s development? McMullen is calling the next stage “Realbotix” — an attempt to animate the whole doll so that it may more realistically respond to the physical stimulus that is its owner. One can only imagine the possibilities. And therein lies the rub (literally and figuratively speaking). For it is imagination that fuels the future.

How beauteous machinekind is! (Will it be a) depraved new world that has such beings in it?

Click here to watch a short interview with McMullen and a demonstration of the Realdoll AI courtesy of Fusion.