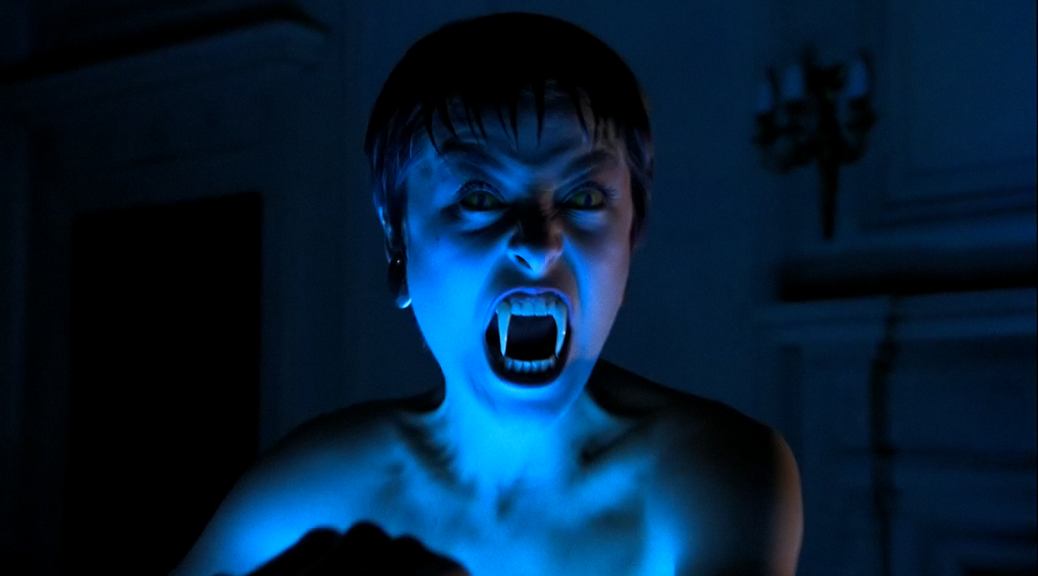 With the recent blu-ray release of his bizarre adaptation of Bram Stoker’s “Lair of the White Worm,” yet another of controversial Director Ken Russell’s films has the opportunity to reach a wider audience.

Despite having directed nearly thirty films over four decades, Russell’s is not a household name. His most popular work, 1969’s Women in Love — an adaptation of a D.H. Lawrence novel — scores a 91% fresh rating on Rotten Tomatoes, but it is not widely shown. It may actually best be known for its somewhat homoerotic naked wrestling match between stars Oliver Reed and Alan Bates. In fact, the film is held in high regard for its performances. Russell even won the Academy Award for best director.

Yet, as a loose adaptation of Lawrence, Women in Love seems to settle on only one theme present in an otherwise complex novel: lust vs. love. Indeed, it is lust that drives much of the plot forward. And it is lust that is arguably at the center of many of Russell’s movies. Pagan, anarchic, deviant lust vs. safe, sanctioned, “normal” sex.

The Devils (76% fresh) is the most blatant (and controversial) of Russell’s films that depicts this dichotomy. An adaptation of yet another famous novelist’s work — this time, Aldous Huxley’s Devils of Loudon — The Devils has been censored (a full 14 minutes cut in some versions), denounced by the Church, and outright banned in several countries. The (semi) historical account of the rise to power and fall from grace of Urbain Grandier, a seventeenth-century Catholic priest executed for witchcraft, The Devils juxtaposes the love of Christ with lust for the flesh. And among the nuns of Loudon, the two get intertwined. Is it demonic possession at play? Or is the sexual deviancy the inevitable result of repression in the highly eroticized atmosphere of a religion that makes attractive the very transgressions it condemns.

LAIR OF THE WHITE WORM

These themes are less obvious in Lair of the White Worm (61% fresh), but — in an almost comic (and certainly campy) way — they’re still there. In Lair, a pagan artifact in the form of a worm-like skull literally lies beneath a convent (which lies beneath, of all things, a very proper bed and breakfast). Thus, the known, safe and inviting secular buries the otherworldly religious which in turn buries the deviant pagan. And what represents the pagan? The very villain of the Garden of Eden. The snake.

Though at times tough to follow (or swallow as it were), the plot can be summarized pretty easily: an archaeologist (played by a young Peter Capaldi, now known for his turn as Dr. Who) believes the ancient skull is connected to the “d’Amton Worm,” a creature of legend slain by the ancestor of the current Lord of the local manor (Hugh Grant). Soon, the mysterious Lady Sylvia Marsh (Amanda Donohoe) — a seductress known to give young, impressionable boys one-way rides in her car — steals the skull and kidnaps one of the poor innocent women who run the bed and breakfast.  Seems Lady Sylvia worships the worm, and she needs a sacrifice. It is eventually up to Capaldi and Grant to free the woman and prevent Lady Sylvia from offering her up to an ancient vampiric snake-god.

In a 1988 People Magazine review, Peter Travers called Lair a “hoot of a horror film,” and, indeed, the dialog is, at times, hilarious with the oft scantily clad Lady Sylvia a caricature of the femme fatale — slithering about like the snake she worships in a sexy, over-the-top performance. Grant and Capaldi seem to be enjoying themselves a little too much. And who could not laugh at the sound of bagpipes enticing a snake-like woman to rise from an oversized basket?

While the film shares little with the Bram Stoker story on which it is loosely based, it does carry Stoker’s fear of an overtly sexual female (think Harker and Dracula’s brides) and therein Russell finds his theme. For it is Marsh’s sexuality that terrifies the “normal” men and women of sleepy Derbyshire, and she must be destroyed before the, um, worm turns, as it were.

It’s not all humor. There’s a hallucinatory sequence where a worm constricts Christ on the cross as nuns are raped by Roman soldiers. But for those who can see past the shock (and bad special effects), the camp factor rises like a Lady Sylvia charmed. One can rest assured in a film of this kind that deviance is dispatched and the virginal (in none-too-subtle white underwear) is kept pure.

Transgression is almost always ultimately overcome in the films of Ken Russell. Nowhere is this more apparent that the oft overlooked Altered States (1980) (86% fresh) — a film worthy of its own article. Suffice to say that the lead character goes to great lengths to know the mysteries of mankind’s origins (indeed, the universe itself) and only comes to his senses (literally and figuratively speaking) because of the love of his wife. Sanctioned, safe and “normal” love.

Much can be (and has been) made of Russell’s conversion to Roman Catholicism in the 1950s. There are those who have questioned how a Catholic could be responsible for a film like The Devils and even the seemingly anti-religious (or at least anti-establishment) adaptation of The Who’s Tommy (1975) — where, if we can pause for just one moment, one of most bizarre scenes in any of Russell’s films finds Ann Margret smothered in baked beans (77% fresh). Both films carry indictments of organized religion. And yet, upon closer inspection, the indictments are more of the corrupters of faith, not the faith itself. Sins of pride. Sins of desire. Sins of the flesh. Sins familiar to a Catholic who undoubtedly struggled with such issues — or at the very least, questioned them.

In this respect, though easily dismissed as campy horror trash, Lair of the White Worm deserves its place among Russell’s more well-known films. Lair too challenges norms and addresses transgression. It just does so with prosthetic cobra fangs and and thigh-high vinyl boots.