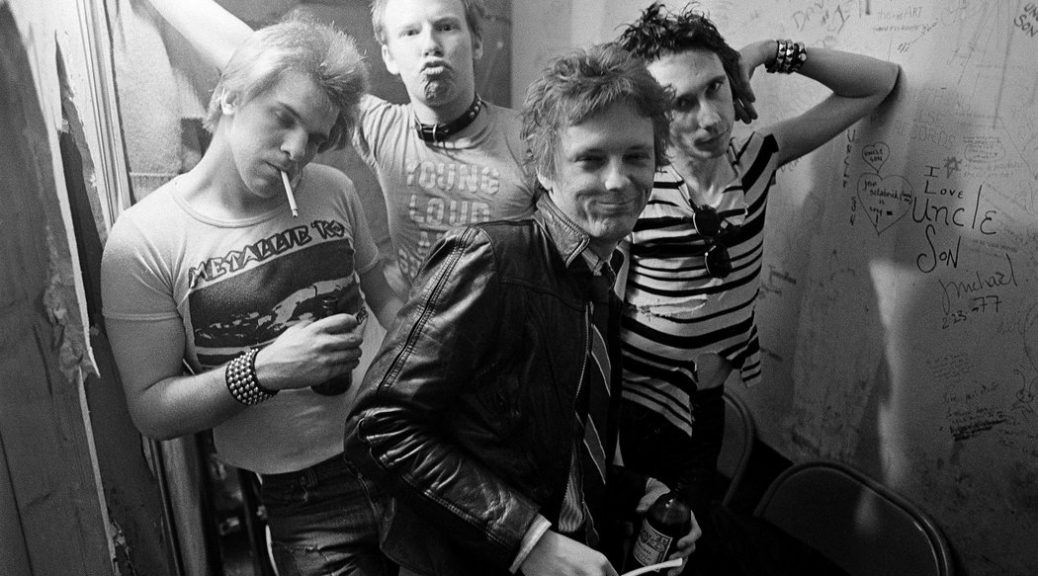 Among the many American bands that played CBGB in the late seventies and have gone on to take their place in history as pioneers of punk rock, Dead Boys are often overlooked. With only two albums to their name (one of which the band themselves disliked because of its producer), they were eclipsed not only by CBGB regulars like the Ramones and Television, but by punks across the pond. The Sex Pistols and the Damned, especially, with whom Stiv Bators and Dead Boys shared a sound that was more angry and arrogant than most of their contemporaries, received more attention from fans and critics alike.

When and where the punk movement began is a matter of great debate among music historians. Critics have applied the term “protopunk” to everything from sixties garage bands and seventies Glam to Detroit’s MC5 and Iggy and the Stooges. But most cite the formation of the Ramones in January 1974 — with their first gig, at Performance Studios, on March 30 — as a good a place to start as any. Television took to the stage at CBGB the very next day. And Blondie (billed as Angel and the Snake) would do the same in August — quickly followed by the Ramones themselves. All would become CBGB regulars.

Still, CBGB in the mid 70s was not packed with fans, clamoring for these bands. Most artists were paid in beer, and crowds often numbered little more than the members of the bands themselves, their friends, and roadies. Punk had started, but very few outside of New York and London knew.

Rocket From the Tombs — formed in 1974  — shared the same DIY ethic with bands from the east, and would oddly enough put Cleveland on the map of punk hotspots. Despite never going into the studio and leaving behind only a handful of poorly recorded live songs, RFTT had talent. And out of their ashes came Pere Ubu (in 1975) — and Dead Boys (in 1976).

The original Dead Boys line-up included two RFTT alums —  Cheetah Chrome on guitar, and Johnny Blitz, on drums. They would even play a few RFTT songs, including Dead Boys‘ classics “Sonic Reducer” and “Ain’t It Fun.” But finding gigs few and far between in Cleveland, they picked up and moved to New York in July 1976 (with the encouragement of Joey Ramone, coincidentally, who got them their first CBGB gig).

It was at a CBGB gig that the the Dead Boys opened for the Damned — three nights a week. By the time 1977 rolled around, the band had a record deal with Sire.

Released in October 1977 (the same month as the Pistols’ seminal Never Mind the Bollocks), Young Loud and Snotty — arguably a better album — was met with minimal commercial success. That same Fall came support of the Damned on a UK tour, and though “Sonic Reducer” would get crowds cheering (and, in true punk fashion, jeering), few if any Dead Boys‘ work made it to the radio, or the newspapers, for that matter.

Dead Boys always seemed to be in the shadow of The Damned and The Sex Pistols overseas, or the Ramones at home. Despite Cheetah’s Chrome’s blistering guitar work and Bators’ anarchic, nihilistic, almost punchdrunk energy, it would take years before Dead Boys began to get the credit they deserved.

Sure, Pearl Jam and Guns and Roses would cover their work in the decades that followed (“Sonic Reducer” and “Ain’t it Fun” respectively). Fans like Henry Rollins would keep their memory alive in interviews and cover versions, too (in an age before YouTube where everyone can live on and on). But during their time, few took notice.

There just wasn’t enough of a following to keep the band afloat. A breakup was inevitable. Disappointment with the mix of their second album, We Have Come for Your Children, and a grueling U.S. tour that left them, for the most, broke, spelled the end for the band in 1978. A contractually-obligated live album was released, and there were a couple of attempts at reunion. But by 1979, Dead Boys were essentially, um, dead.

Stiv Bators would go on to record some solo work and play with other bands. He eventually found some critical and commercial success with ex Damned guitarist Brian James in the punk / new wave / hard rock hybrid that was Lords of the New Church.

It was with LOTNC that Bators would continue his on-stage antics, including hanging himself by a microphone cord, tied to a lighting rig. In 1983, the trick went bad and Bators turned blue. He was taken to the hospital and told he had been clinically dead for a few minutes. But Bators shrugged it off and joked:

“Once you’ve actually died on stage…, I mean, how do you top that?”

Stiv lived his last years in France. In June 1990, just standing on a sidewalk in Paris, Stiv was hit by a car. He walked away from the accident — checking into, and then later released from a hospital —but he died later in his sleep at home. He was 40 years old.

Brought together by guitarist Cheetah Chrome, Dead Boys would reunite in 2017 with a guy from a Dead Boys‘ tribute band on vocals. But like the man says, you can’t go home again. CBGB is gone. Punk rock has been absorbed into the mainstream, and John Lydon makes butter commercials.