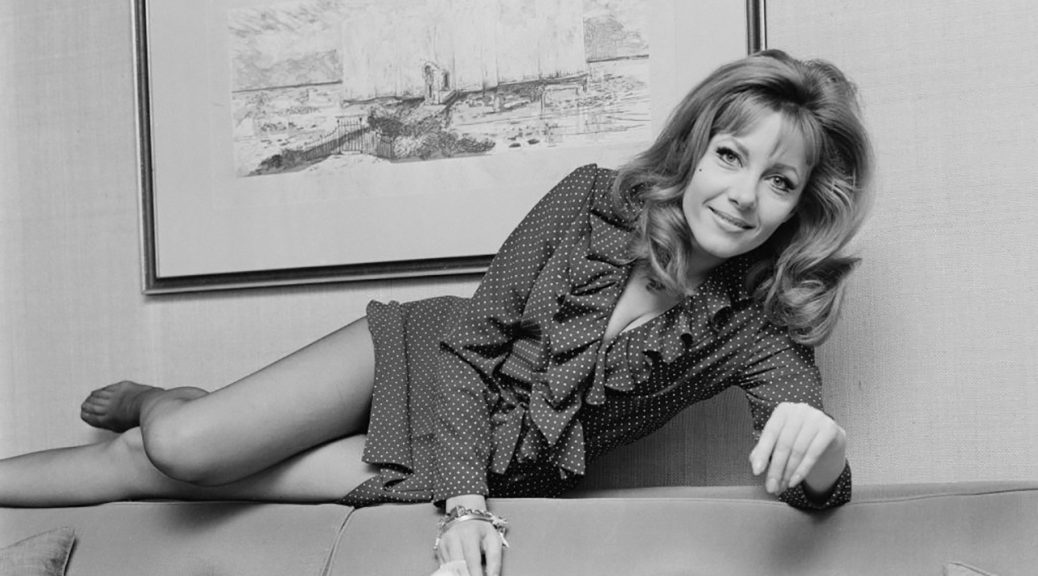 I grew up with the women of Hammer Studios — vampires, victims… even Victor Frankenstein’s first successful female monster. For a boy who spent much of the late seventies and early eighties glued to Saturday afternoon horror movie marathons, my first real exposure to buxom blondes, brazen brunettes and titillating twins came not in the form of Hollywood starlets or Playboy magazines*; instead, my dream girls were Ingrid Pitt as a lesbian bloodsucker in diaphanous gowns; Caroline Munro, as a vampire hunter’s gypsy sidekick; Martine Beswick as a seductive Sister Hyde; Susan Denberg, an alluring creature wrapped in strategically-placed bandages; and Ursula Andress, who is simply “She-Who-Must-Be-Obeyed.”

I’ve written about the finest films of Hammer studios before, but never have I looked inward to find the young man that first really became aware of the opposite sex by watching Ingrid Pitt rise from a tub (Vampire Lovers, 1970), or Martine Beswick gaze into the mirror at her exposed female form (Doctor Jekyll and Sister Hyde, 1971). And when I try to picture that boy attempting to make sense of what he was seeing as his body and mind matured, I have to laugh: what a strange way to first really become aware of the opposite sex?

These women were a bit intimidating. Though products of their time — models and actresses often known for their racy pics in British tabloids of the day — the characters that many of them played were surprisingly empowered. Perhaps indicative of the revolution in attitudes toward women at that time, Hammer’s women of the late sixties and early seventies were much different than those of the decade earlier. Just ten years before the sexually-charged Vampire Lovers, 1960’s Brides of Dracula presented women as one-dimensional, all-too-typical victims. Actresses like the delightful Yvonne Monlaur and Marie Devereux were mere fodder for the fangs of Baron Meinster; it takes the all-too-familiar interventions of the hero, Peter Cushing’s Doctor Van Helsing, to save the heroine and the day. Monlaur, the female lead, is otherwise powerless to do anything in the presence of the oddly blue-eyed, blonde-haired vampire. Still, this is quite romantic compared to the degradation, humiliation, and rape of Yvonne Romain as the mute jailor’s daughter in Curse of the Werewolf (1961).

A decade later, in 1970’s Vampire Lovers — an adaptation of Sheridan Le Fanu’s “Carmilla” — Hammer places its first leading female vampire in a position of power. Sure, she too is dispatched by Peter Cushing (feminism hadn’t yet come THAT far), but Ingrid Pitt is able to play an imposing figure that is not only sexual, but dangerous. The virginal Madeline Smith cannot resist the seduction, nor can the governess, played by Kate O’Mara. And there to set the trap is Dawn Addams, the mysterious Countess who insinuates her daughter into two unsuspecting families’ lives (sure, there is the man in black on horseback in the shadows, but notice how only the women speak!).

Of course, bloodlust is not confined to vampires. Susan Denberg is given plenty of screen time in 1967’s Frankenstein Created Woman to wreak havoc. She kills those responsible for injustices inflicted upon Hans, the man whose soul now inhabits her body — courtesy of Victor Frankenstein (again, played by, who else?, Peter Cushing!). Sure, it’s a man’s spirit in a woman’s body — suggesting that only a man could have the murderous inclination necessary to seek revenge — but the message is nonetheless clear: death can come from a beautiful woman.  Ingrid Pitt as Marcilla (Carmilla) with fangs bared in Vampire Lovers. Yutte Stensgaard covered in a victim’s blood in Lust for a Vampire (1971). Martine Beswick, stronger as Sister Hyde than her male counterpart, the doctor, could ever hope to be.  Valerie Leon, fighting, then embracing, then fighting again, possession by a malevolent Egyptian lifeforce in the underrated and often overlooked Blood from the Mummy’s Tomb (1971).

These were strong women. Strong in the sense that some were dangerous, yes. But even those presented as mere victims often seemed capable of fighting back.

There was Caroline Munro as a wild gypsy in Captain Kronos (1974) helping to hunt vampires.  Dracula , Prince of Darkness (1966) finds the Count sinking to a (running) watery grave courtesy of Susan Farmer firing the first shot into the ice as Father Shandor stands idly by. Then there’s perennial victim Veronica Carlson. A mere object of desire in Dracula Has Risen from the Grave (1968), she at least manages to stab Frankenstein’s monster one year later before being killed off by (you guessed it) Peter Cushing in Frankenstein Must be Destroyed (1969).

These women weren’t the empty-headed, defenseless and promiscuous teens of the many slasher films so popular a decade later. With the exception of Jamie Lee Curtis’ character in Halloween (1978), it would appear that the late seventies and early eighties were a step backward for feminism in horror. But Hammer? Hammer’s women seemed empowered. At least to impressionable me. Sure, these were the sixties and early seventies. Many of Hammer’s heroines were women in distress — victims in need of saving — and the antithesis of the woman fighting for equal rights of the time. But they were no shrinking violets either. Credit the actresses for bringing more to their roles than may have been written on the page. As much as they were flesh and blood for sake of exploitation, they were flesh and blood for sake of characterization, too.

Be they vampires, victims or Victor Frankenstein’s most ambitious creation — Hammer’s actresses were unlike any other women in the history of genre film.

“Cheesecake” photos from the age of what has since been called “Hammer Glamour” (coined perhaps by Marcus Hearn in his book of the same name**) abound. They are coveted by collectors today. eBay is loaded with them. Ingrid Pitt. Yutte Stensgaard. Martine Beswick. Caroline Munro. Veronica Carlson. Many of these women have long since passed away. But through the magic of film, they are young forever — like the undead creatures many of them played. Their autographs on 8x10s are cherished keepsakes. Even the briefest meetings with just one of them at a convention is a treasured memory.***

* Yes, the Collinson twins were Playboy Playmates of the Month in October, 1970, but in my defense, I was barely a year old and not yet aware of such a pair(ing).

** Be sure to pick up Marcus Hearns’ Hammer Glamour, a book that pays tribute to each of the women mentioned here — from Veronica Carlson to Ingrid Pitt and so many more. Barbara Shelley. Madeline Smith. Too many to mention! Collectors might also want to track down the September, 2000 issue of Femme Fatales Magazine as it is a double issue dedicated to the “50 Sexiest Figures of Hammer Films.”

*** I had the pleasure of meeting Mrs. Pitt while promoting my book in the summer of 2004. She was one of the nicest women I’ve ever met. A real class act. She told me I was sweet when I confided in her that watching Vampire Lovers was a seminal moment in my reaching puberty.

A photo of her graces the feature section of this blog post.

Please keep her memory alive by watching Where Eagles Dare, Vampire Lovers, Countess Dracula, The Wicker Man, and The House that Dripped Blood.