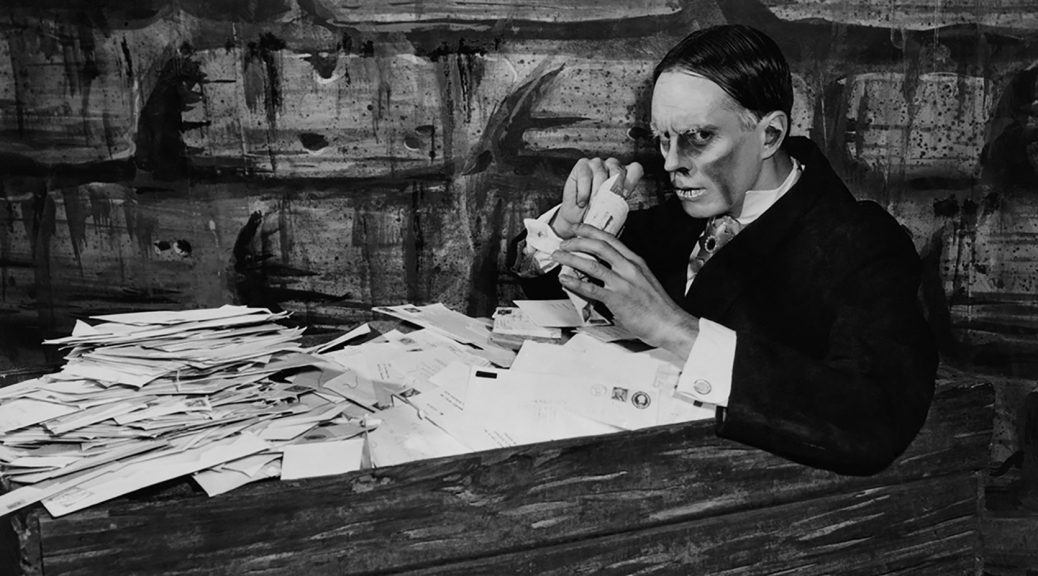 Since the early days of TV, there have been television hosts that have made their careers out of showing (and lampooning) horror films. From “Grandpa” Al Lewis and Elvira to Sinister Seymour and Zacherle, the list literally runs from A to Z — with dozens upon dozens of hosts, local and national, having entertained audiences for over 60 years. Mosts are merely comedic figures who poke fun at bad movies. But is that all there is to the horror host? One could argue that the best among them represent more than just b-movies and bad jokes.

First among the horror hosts was a true original: Maila Nurmi as Vampira. I have already extensively written about her elsewhere, and can’t say enough about the impact she had on 1950s subculture. She was not a clown, by any means, and the character she created was more sardonic than comedic.

THEN THERE WAS ZACHERLE

Born in 1918, Zacherle — a University of Pennsylvania grad and repertory theater actor — got his start at WCAU-TV in Philadelphia in 1954 (the same year Maila Nurmi’s Vampira Show debuted in California). Zacherle was hired to play numerous roles; among them was an undertaker for the station’s western, Action in the Afternoon. A few year later, in 1957, he followed Nurmi’s example in exclusively hosting horror films, refining his role of undertaker, and becoming the star of Shock Theater.

As a host named “Roland,” Zacherle the undertaker lived in a crypt with his dead wife (“My Dear”), and Igor, his lab assistant. Unlike Vampira, whose humor was more subdued and subversive, Zacherle’s approach to hosting involved parodying films with comedy skits, sight-gags, and a bit of gore (including chocolate syrup as an effective substitute for blood, suitable for black & white TV). Though popular with young baby boomers, the show ran for only 92 episodes, closing shop in 1958. Like The Vampira Show (’54-’55), Shock Theater ended before it really began. Each ran only one year.

Yet each host became an icon of high camp, introducing into the horror genre a tongue-in-cheek playfulness missing from the many Universal, Paramount and MGM films they hosted (with the exception, perhaps of a few Abbot and Costello films). It was an era of excess and cold war paranoia. These were the early days of b-movies ready-made for parody: doomsday monsters and malicious alien science fiction films. These were the days of post-war commercialism. There were the days of the atomic bomb. Zacherle made the horrific silly at a time when America needed it most.

After his show ended, Zacherle parlayed a friendship with Dick Clark (who reputedly gave him the moniker “The Cool Ghoul” — into hosting gigs when American Bandstand went on the road. There was even a Dick Clark-backed recording of “Dinner with Drac,” a rock n’ roll record that made the top ten. The record — and appearances on various television shows — reinvigorated Zacherle (now sometimes printed as Zacherly) and revived his career.

He would go to New York to repackage Shock Theater as Zacherly at Large for another relatively short stint for WABC-TV in New York. From there, he had radio gigs, live appearances, a return to hosting horror films in 1963 — even playing host to a dance contest. One could even argue that his  brand of humor contributed to the success of 60s telvision’s beloved sitcom The Munsters — which debuted in 1964.

Zacherle’s career was varied and long, winding down when in his 80s with small appearances into his 90s. He died in 2016, at the age of 98. To this day, you can still pick up Zacherle t-shirts and other merchandise at horror and sci-fi conventions across the country.

He had imitators, most notably (for me, at least, in the Philadelphia area, where I grew up in the 1970s) Dr. Shock, played by magician Joseph Zawislak. And on the left coast was Larry Vincent, playing Sinister Seymour on Fright Night on KHJ-TV and Seymour’s Monster Rally on KTLA — both in Los Angeles.*

There were many others across the entire country, but it is with Sinister Seymour that the history of horror hosts considerably pivots.

In 1981, six years after the death of Larry Vincent, producers of Fright Night, approached  Maila Nurmi to help relaunch the show. She worked with them briefly, but left the project after he choice for the new Vampira, Lola Falana, was rejected. Ironically, the producers new search for a host resulted in the woman Nurmi would go on to sue unsuccessfully for stealing her likeness: Cassandra Peterson as Elvira, Mistress of the Dark.

Part Valley Girl, part Goth — full of cheesy jokes and a whole lot of cleavage — Elvira brought to Movie Macabre a style that was a marriage of Zacherle humor with Vampira-esque sexuality. The combination was perfect for a new age of unbridled consumerism that not only used sex to sell everything, but was in desperate need of sophomoric humor and simplistic b-movies in a time when technology and politics were shaping a generation that dealt daily with the anxiety of their parents divorcing, and the Russians ever more inclined to drop the bomb.

Yes, Movie Macabre was derivative, but it was new to Generation X. Gen Xers knew nothing of Zacherle, and could only vaguely remember local shows like Dr. Shock’s from their formative years.  Baby boomers owned pretty much everything — except, perhaps, Gen X’s unique brand of neurosis. It was the age of AIDS, after all. Sex could kill you. So Elvira came along at just the right time.

She was self-aware and self-absorbed at the same time. Not afraid of cornball humor. Comfortable with being a sex symbol. Not only capable of making fun of bad movies, but also, more importantly, critiquing her own persona while exposing more than just, um, her assets; the show’s contrivances — from poor production to pathetic props — were fair game. She seemed almost annoyed with the gig of having to watch terrible movies from a red velvet sofa on cheap set in a third-rate television studio; and it made watching her watch the movies all the more fun.

By the end of the nineteen eighties, Elvira had multiple seasons of Movie Macabre under her dagger-accented belt along with a feature film and more merchandising, ads, and photos online than all other horror hosts combined. Her popularity continued well into the nineties and beyond, with Coors Light commercials, television cameos, a successful book celebrating her 35th anniversary  — even a newly-published comic book series from Dynamite. But after three and half decades, live appearances have tapered off. She has gone into semi-retirement, no doubt enjoying the rewards that come with being one of world’s most well-known brands. Visit her website at www.elvira.com.

Now, two decades into the new millennium, one wonders if the horror movie host may actually be becoming a thing of the past.

In an age of movies-on-demand, YouTube celebrities, and short attention spans (have you really read this far?), watching a bad movie for two hours with a horror host occasionally interrupting to make a bad joke or two is no longer (if it was ever!) must-see tv. But there’s new blood keeping the low to no budget form alive (or undead, as the case may be).

An independent network called “Reel  TV” has a fanged female host in Ohio by the name of Lamia (pronounced phoenetically as “Lay-Me…Uh”) who, in addition to hosting films, holds a “Horror Hotel” film festival every year (you can find them on Facebook).  Then there’s a Rob-Zombiesque Karlos Borloff from Washington, D.C.; his multimedia assault called Monster Madhouse has been around since 2006. Mixing music, horror-themed events and traditional b-movie hosting, it has the distinction of being the first such show to be on public access television and live-streamed on the internet. Many more are out there. Your town may have its own. They are a new breed of horror hosts, taking full advantage of the intersection of goth, rock, horror, camp and gore.

Still, there are the traditionalists. The most popular of these may be Svengoolie (played by Rich Koz). His Saturday night show on basic cable is, in many ways, reminiscent of Zacherle. His trademark rubber chicken reminds the viewer that, when all is said and done, the horror host, in its purest form, is an entertainer more interested in chuckles than anything else.

Koz has been at it for many years, having played the role off and on since 1979. Still going strong, the Svengoolie show can be seen nationally on MeTv.

* It’s no coincidence that the 1985 horror film Fright Night features a TV horror film host named Peter Vincent. Elvira may have played herself on the silver screen, but Larry Vincent inspired a character who goes beyond b-movies to become a bona fide vampire hunter.