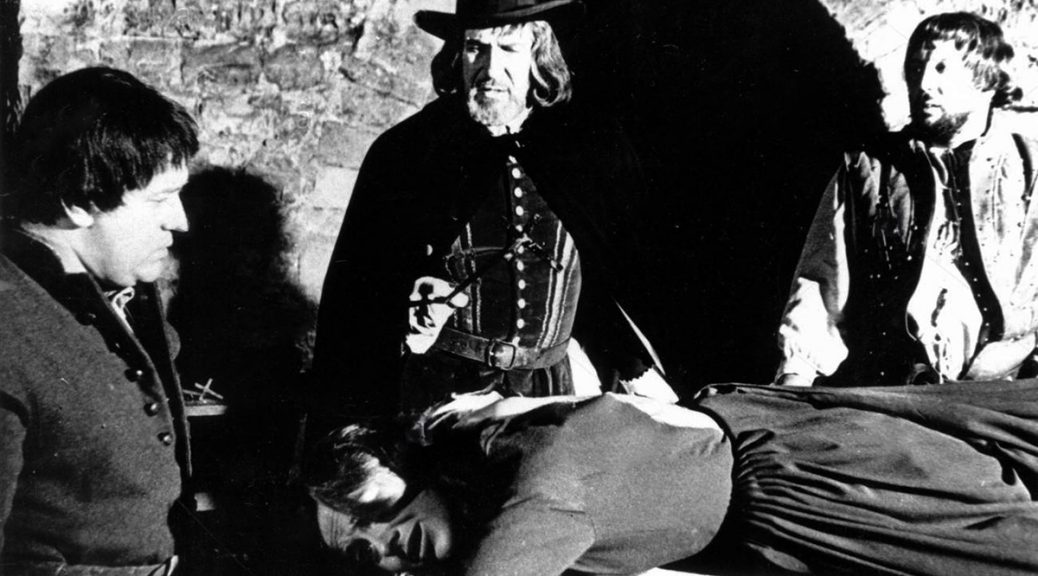 It will be fifty years this week since the death of British director Michael Reeves at the age of 25 from an accidental alcohol and barbiturate overdose (that some have argued was suicide). Having only ever finished three films, his greatest achievement is inarguably the work he completed just a year before his death: 1968’s Witchfinder General. Starring Vincent Price in the title role as seventeenth-century witch-finder Matthew Hopkins, the film seems to polarize fans of the genre. Much has been written about the contentious relationship between the two; and it is clear that were it not for their clashing personalities and opinions, the film would not be remembered as it is — a horror movie / pseudo-historical drama that passionately divides its audience into those who love it, and those who hate it.

Receiving mixed, if not outright hostile reviews upon its release (noted writer Alan Bennett called it “the most persistently sadistic and morally rotten film I have seen”),  Witchfinder General (retitled for an American audience as The Conqueror Worm) certainly also had its share of praise, particularly from noted publications like The Times and the Observer and the Monthly Film Bulletin.

Over the last decade or so, many have trumpeted the movie’s merits. J. Hoberman of The Village Voice, for example, wrote in 2005 that it is “contemporary, and even frightening, in its evocation of cynical Puritanism and mass deception.” Aficionados of cinematography note its subtle use of color to reflect mood. Horror movie fanatics cite its realistic depictions of violence as years ahead of its time. And many Vincent Price fans — even Price himself in hindsight — consider it his best work.

But it is also criticized for its extremely serious tone, bleakness, and, at times, unabashed sadism.

Set in England during the English civil war, Witchfinder General is a fictionalized account of the deeds of Matthew Hopkins. Hopkins (c. 1620 – 12 August 1647) was believed to have been responsible for the death of hundreds of alleged witches over a period of just two years. He was prolific in his profession and apparently quite proud of it, granting himself the title Witchfinder General (a title never bestowed on him by Parliament).

The films depicts Hopkins as a man of questionable motive and morality who goes from village to village, rooting out supposed evil, and punishing those he deems to be in league with the devil. It is only the innocent that suffer (as they did historically). And Hopkins is revealed to be corrupt, using his power and influence to gain wealth and social status. In a world of superstition and fear, he is the true evil.

Price infuses the character with sinister iniquity, and imposing, yet understated delusions of grandeur. This is not the Vincent Price of William Castle’s The Tingler (1959) or Roger Corman’s early 60’s campy Edgar Allan Poe adaptations. This is Price, the dramatic actor. And, on many levels, it works rather effectively.

THE PUSH AND PULL

Reeves had apparently envisioned Donald Pleasance in the role. From the start, he did not care for Price, and refused to meet him at the airport. “Take me to your goddamn young genius,” Price reportedly said to Philip Waddilove, the film’s co-producer, who went in the director’s stead. According to Benjamin Halligan, in his 2003 biography simply entitled Michael Reeves, when the two first met on set, Reeves told Price that “I didn’t want you, and I still don’t want you, but I’m stuck with you!”

The tension had only just begun. In his book Nightmare Movies, author Kim Newman reports that during principal photography Price refused to watch dailies. He and Reeves argued about action sequences — including the director’s insistence that Price fire a pistol from horseback, a stunt that resulted in the actor being thrown from the horse. Price constantly ignored Reeves’ suggestions, resenting the director’s inexperience and youth. He once told him: “I’ve made 84 films. What have you done?” Reeves replied: “I’ve made two good ones.”

As a result of the friction, Price’s frustration (and his inebriation, as he reputedly came to the set drunk on more than one occasion) gives the role a dismissive tone that suits the character well. He may not have liked the single-minded director, but Reeves undeniably gets a fantastic performance out of his unhappy actor,

After the film’s release, Price wrote Reeves a letter, telling him that he finally understood what the director was trying to do, the kind of performance he was after. In later years, Price would go on to praise the director, and the movie. In Wheeler Dixon’s Collected Interviews: Voices from Twentieth-century Cinema, Price is quoted as saying “[Reeves] was very unstable… difficult, but brilliant.”

It would seem that Reeves pushed Price. And Price pushed back, dragging the entire production with him. It’s a palpable pull between the two — one of some considerable gravity, as Price turns in and Reeves pulls off a character of depth and menace. It is a push and pull that many who watch the film similarly feel— an attraction and repulsion that is often the litmus test of the best of horror films. Witchfinder General passes — ever surpasses — that test.

Writing for the The British Film Institute’s “Film Forever” website, Adam Sovell recently extolled the film’s virtues, exploring its themes of “pastoral violence” and “weaponised belief.” Quite artsy and intellectual for a horror film full of torture and depravity.

In 2015, the Boston Society of Film Critics awarded Witchfinder General a special prize as one of a handful of “Best Rediscoveries.” On Rotten Tomatoes, it has a critic’s rating of 88% fresh.

Indeed, it is worth seeking out. A blu-ray version was released in 2011 (note for Americans: the extras apparently do not play on Region 1 players). A wonderful 5 disc Vincent Price DVD collection released in 2007 includes the film, but it does not include all of the extras on the blu-ray. What is included, however, is a very good commentary by co-producer (and airport shuttle driver) Phillip Waddilove (along with Actor Ian Ogilvy), and a very good, half hour documentary about Michael Reeves.

In the commentary, Ogilvy says the film’s abrupt and bleak ending — lauded by critics as an artistic statement well ahead of its time — was a happy accident. Turns out Price had to get to New York to star in a musical, so the filmmakers ran out of time to shoot the last three pages of the script. Good that they did. A “happy ending” just wouldn’t fit this film.

Like Michael Reeves’ life, the end of Witchfinder General leaves one wondering what might have been — and if would we even be talking about it fifty years later had it all not gone down the way it did.