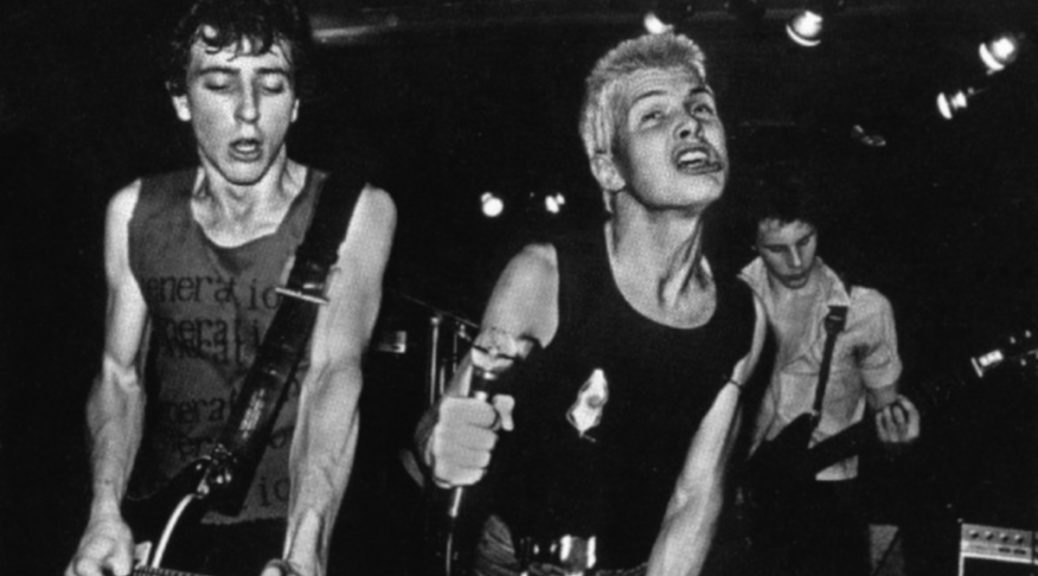 Overshadowed by early MTV darling Billy Idol’s enormous success in the 1980s, his band from the mid to late seventies, Generation X, gets overlooked in the history of punk music. Many argue that the reason for this exclusion is simple: that Generation X was more of a rock and pop band than punk. Unconcerned for the most part with politics, not interested in being anti-establishment, and unwilling to reject the music that came before them, Generation X was a band forever in the process of becoming something, but breaking apart before they fully ever became anything.

Generation X began as many punk bands did: inspired by the Sex Pistols. William Broad, a 21-year-old guitar playing university drop-out  was part of the infamous Bromley Contigent. Along with drummer John Towe, he placed an ad in Melody Maker, and was fortunate to find Tony James, a bass player, and Gene October, a singer. They formed a band called Chelsea, but very soon thereafter encountered tensions when October thought the sound of the band too anemic and lightweight. October left, and Broad, now calling himself Billy Idol, dropped the guitar and stepped up to the mic. Guitarist Bob Andrews was hired, and the foursome began playing gigs late in ’76: first at London’s Central School of Art & Design and soon thereafter at the Roxy. Calling themselves Generation X, it was clearly Idol’s and James’ band, and they soon turned from playing cover songs to original material. Supporting bands like the Police and the Jam in the spring of ’77, it was only a matter of time before they gained the attention of the music press, and subsequently, record companies. The summer saw them record their first single, “Your Generation.” Some personnel changes later, they would soon find themselves that Fall on Marc Bolan’s television program, along with Granada TV and even (as the first punk band ever to perform on) Top of the Pops. It was a whirlwind of a year, as popular culture began to embrace the punk sound on both sides of the Atlantic.

But Generation X were distinctly different from their contemporaries. They had neither the raw energy of the Damned or the spirit of the Clash. Nothing so unique as The Ramones. No semblance of the derision of The Dead Boys. They didn’t inspire the worldwide love / hate of the Sex Pistols, and they were far from the “new wave” of music emerging from bands like the Police, the Cure, Talking Heads and Television.

Instead, they stood somewhat alone as a band of relatively popular pretty-boy press darlings with moderate sales success (their single Day by Day, for example, only charted at #36 in the UK).

Indeed, even their name showed a lack of identity and a distance from their contemporaries. Idol claims he took the name from a book in his mother’s house: a 1965 study of popular youth culture by British journalists Jane Deverson and Charles Hamblett that contained interviews with mods — disaffected anti-establishment youth that took inspiration from bands like Small Faces, The Who, and The Pretty Things. Generation X would cover John Lennon’s “Gimme Some Truth,” and reference a love for the Beatles and the Stones in “Ready Steady Go.” Later in life, in his autobiography, Idol would write that “Tony and I increasingly looked to the Who as a guide when attempting to suss out our development.” It would seem Generation X was a punk band mostly by association, playing a blend of melodic pop and rock while using punk rock’s speed and heavily distorted bar chords. In that same autobiography, Idol reveals how Tony James played him Bruce Springsteen. His “Jungleland” would inspire the narrative style of Generation X’s “Kiss Me Deadly.”

Unlike most punk bands, arguments and drugs (though they played a part) didn’t do Generation X in. It was the music. The decline in the quality of their music did not sit well with the record company. They followed up a brilliant and successful initial release (self-titled, in 1978) with an inferior sophomore effort: Valley of the Dolls in 1979. A further fizzle would be their swan song: Kiss Me Deadly, in 1981. Renamed to Gen X in order to reflect a change in sound influenced by both Goth and the New Romantics, the band experienced more personnel changes, and lost whatever pop-punk magic they had. Even the album’s name was a throw-back to former glory, as the track appears on their first release, but not this last. This final, forgettable LP, however, did contain a song that Idol would later use to build his solo career: “Dancing with Myself.”

Was Generation X just a springboard for the juggernaut of rock, glam, and MTV-friendly punk that was Billy Idol? Without Tony James, the success that the band did have in that golden year of 1977 would arguably never had happened. Billy Idol might have never been. But the lessons he learned about taking the best of rock, pop, glam, new wave, new romantics, and, yes, punk, served him well into the eighties and beyond.