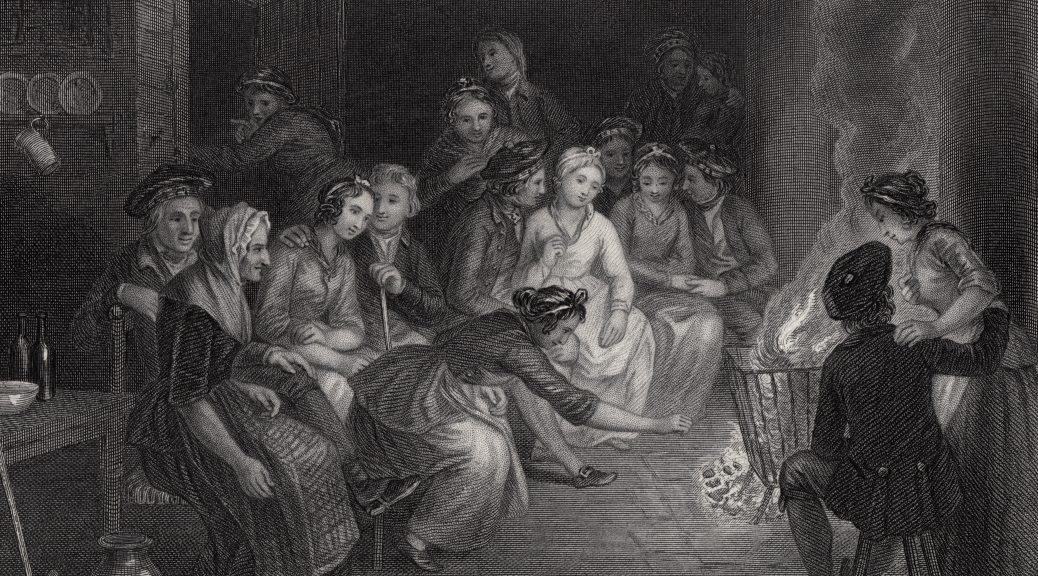 Mentioned briefly by Englishman William Shakespeare in Measure for Measure, Halloween — the word, if not the celebration itself — is in actuality, distinctly Scottish. The contraction Hallowe’en is first recorded in the eighteenth century Scottish folk ballad Young Tamlane.  Of course, the Catholic feast of All Saints’ Day is centuries’ old, dating, some believe, to the 4th century. And the earliest form of the holiday’s name does appear in print as early as 1556 (where it is spelled, ‘Halhalon’ in the Chronicle of the Grey Friars of London). Still, it’s the Scots that can be thanked for much of what we associate today with Halloween. And marking the traditions of that day? Mentioning the holiday in some substantive way in a popular (well, in its day) work of literature? That distinction definitely goes to a Scotsman: Robert Burns.

Although the minor Scots poet John Mayne attempted to write about the subject in 1780, his work had apparently not caught on in the public imagination. Had Burns not seen it published in Ruddimans Weekly Magazine, it — and the subject — may have been forgotten, or at least put off until the next century. Yet something in Mayne’s work inspired Burns in 1785 to write his own poem, simply entitled “Halloween.” It was published in 1786, and the rest, as is often said with such things, is history. Except, one wonders how this history influenced our celebrations of Halloween. Or did it merely reflect it?