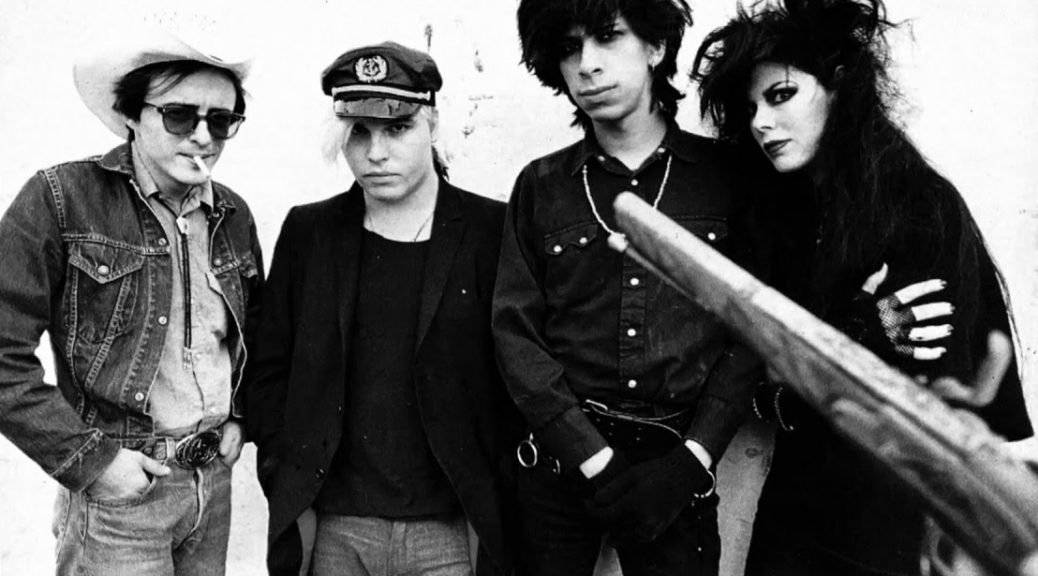 About a week after musician Jeffrey Lee Pierce’s death in the Spring of 1996, Britain’s Independent published an obituary that called him “one of those musicians who never quite fulfil (sic) their potential yet follow their destiny to its inescapable conclusion.” Grim words for a man who — despite fusing punk rock with psychobilly, roots music, country, and a whole lot of the blues — eschewed much of the angst and anger that was common among his peers. His band, The Gun Club, invariably raises questions of the “who are they?” variety in some circles. But they were pioneers nonetheless, cited as an influence by the likes of The Pixies and Jack White.

“Why are these songs not taught in schools?” asked Jack White in an article in Mojo Magazine [as quoted by The Guardian]). Pointing to tracks like “Sex Beat,” and “She’s Like Heroin to Me,” White would go on to say that “the songwriting of Kid Congo Powers and Jeffrey Lee Pierce has the freshest white take on the blues of its time.” (Listen to “For the Love of Ivy,” another song cited by White, and you can hear how much the band influenced him).

Experiencing many lineup changes (nearly 25 people!) over the years (with Kid Congo Powers leaving to play with both The Cramps, and Nick Cave and the Bad Seeds for a time), The Gun Club released seven albums in the nineteen eighties and early nineties. Arguably, the band’s first two were its best: Fire of Love (1981) and Miami (1982). The former features a raucous cover of Robert Johson’s “Preaching the Blues.” The latter, released on Blondie guitarist Chris Stein’s Animal Records, found Debbie Harry* singing backup vocals.

Like their debut album, Miami is steeped in the blues, but comes off a little bit darker than its predecessor. Perhaps not as much gloom as the burgeoning goth crowd wanted, but still too strange to appeal to fans of more traditional blues.

That odd mixture might explain why stardom eluded Pierce. The music was difficult to pin down. Live, it could come across as discordant and jarring, as on a 1983 performance of “Sex Beat” at the Hacienda in Manchester, UK. And in the studio, the results were often mixed (no pun intended). Sometimes too polished. Other times, thin and tinny.

Of course, Pierce himself may have been to blame for The Gun Club never getting much notoriety. At least according to bassist Patricia Morrison (later of Sisters of Mercy fame), who joined The Gun Club soon after the release of Miami. In a recent interview with Stomp and Stammer, she attributed their relative anonymity to the same thing that made the band work: Pierce himself. “Jeffrey was quite difficult,” said Morrisson. “He was his own worst enemy. That band should have been huge. I sat there and watched as we were offered record deals and he would turn them down, to take less. It was just his personality, but that’s what also made him Jeffrey.”

The Gun Club never found wider appear like other Los Angeles bands of the time — like X and, especially, The Cramps — did. No coverage on MTv (anyone remember 120 Minutes?). Very little college radio play (at least in the Philadelphia area, where I grew up).  Although they now appeal to fans like me that sought them out years later due to others’ recommendations, they just never attracted a broad audience, then or now.

Their Fire of Love album is included in 1001 Albums You Must Hear Vefore You Die, but they never charted.

*Pierce was the President of the West Coast chapter of the Blondie fanclub. Harry would go on to record a duet with Nick Cave on “In The Fire” — part of The Jeffrey Lee Pierce Sessions Project, a tribute to Pierce that has produced a handful of albums.

“Mother of Earth,” was chosen as the song to embed in this article because Debbie Harry performed it with Blondie at the second-to-last CBGB show in 2006. I make that remark for no other reason than I find it hard to believe I’m a Blondie fan and never knew of their connection to The Gun Club.