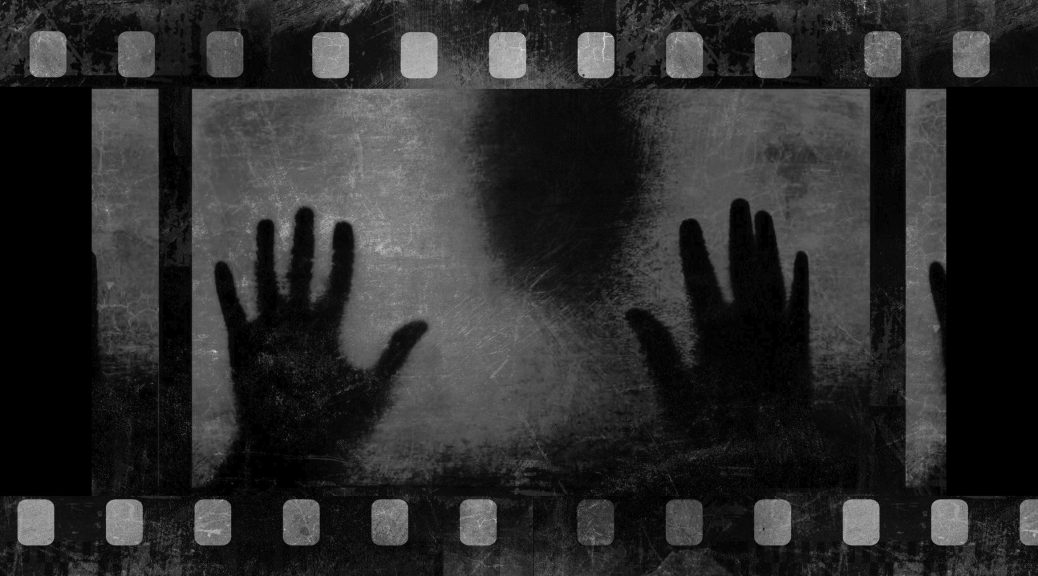 As hard as it is to believe in our era of Halloween holiday mania, horror films timed for release in October is a relatively recent phenomena. Arguably one of the biggest of the early classic horror films, Universal Studios’ DRACULA was released on February 14, 1931* — timed to be in theaters for Valentine’s Day. Billed as “The Strangest Passion the World Has Ever Known,” DRACULA was sold as a bizarre love story. Lugosi’s vampire was promoted more as a ladies’ man than boogeyman. FRANKENSTEIN would follow later in 1931 — in late November. The trend would continue for Universal into the forties. SON OF DRACULA missed the Halloween mark by 6 days in 1943 (released November 5th). Even Hammer’s House of Horror a little over a decade later failed to take advantage of the Halloween holiday. CURSE OF FRANKENSTEIN? It was released in June of 1957. Roughly a year later, Hammer’s HORROR OF DRACULA (U.S. title) hit theaters in May of 1958. Indeed, the trend for horror films seemed to be release when the weather got warm.

Summer seemed to suit William Castle. Though his gimmicky flics were released at all times of the year,**  summer was by far the season when his films were most commonly in wide release.  Younger audiences craving air-conditioned respite during the stifling months of summer vacation were treated to films like Castle’s TINGLER in the summer of 1959, and 13 GHOSTS in 1960.

Roger Corman’s “Poe cycle” of films were similarly summer releases. HOUSE OF USHER in June, 1960. THE MASQUE OF THE RED DEATH, released in 1964, was another June release. While the concept of the Blockbuster had yet to be conceived and given a label, studios must have realized by the mid fifties that May through July were peak times for releasing movies.

Take 1955 as an example. Two very different and quite successful movies, THE SEVEN-YEAR ITCH and LADY AND THE TRAMP were both released in June. MISTER ROBERTS, a comedy-drama that would be among the most popular movies of the year, would follow in July. Hollywood, it seemed, was learning that audiences were primed for the moving pictures when the weather got warmer. Kids were home from school, families took vacations, and drive-ins were at peak capacity. Certainly, there seemed to be some seasonal strategy at play.

Even Christmas would become a prime movie season strategically. Many point to the success of Bob Hope and Bing Crosby’s comedy ROAD TO RIO , released to theaters on Christmas Day, 1947, as the first to prove it.*** The film was a hit, and the theory was that, with everything else closed, the movie theater was a place to go for those not celebrating the holiday in the traditionally Christian religious way.

On the flip side to summer was the dead of winter — a time of year that has since come to be known as the “dump months.” January and February became the time when studios would release films not anticipated to be Academy Award worthy, (or big earners… or feared to be torn apart by critics). Even late August into September would become a time when movies thought to be less than successfull were relegated to a late summer release.****

But Halloween? Both 1968’s NIGHT OF THE LIVING DEAD and 1974’s TEXAS CHAINSAW MASSACRE — two classics of the genre — premiered on the first of October of their respective years. In plenty of time for the Halloween season. Still, the reasons for October releases for each of those pillars of the genre don’t appear to have been strategic.

CHAINSAW reached a distribution deal in late August, making late September or early October the soonest it could be released. Otherwise, there’s no evidence from Tobe Hooper or any associated with the film realizing an October release was the perfect time.

NIGHT, which premiered on October first in Pittsburgh (the city in which it was filmed) was widely released to theaters on October 14, 1968. But Joe Kane’s Night of the Living Dead: Behind the Scenes of the Most Terrifying Zombie Movie Ever makes no mention of a strategy for its October release date either. Beyond local television horror host Bill Cardille promoting it on his Chiller Theater show, there appears to have been no Halloween holiday connection at all. No extant quotes from George Romero, his cast, or crew, reveal any reason why the film was released in relative proximity to the holiday. It’s highly unlikely anyone planned much of anything by way of timing and promotion for such a low budget, independent film.

Then came 1978. And everything changed with the release of HALLOWEEN on October 25.

Reputedly first conceived by Executive Producer Irvin Yablans on a flight taken one Halloween night — the idea was given to John Carpenter and Debra Hill who produced a script called “The Babysitter Murders.” Yablans soon thereafter had the idea to call the project “Halloween,” and the rest is history (history that can be read here). It was also Yablans who apparently wanted to get the movie into theaters in time for the titular holiday. Carpenter apparently agreed to this plan, and he has even been quoted as saying “Halloween night. It has never been the theme in a film [before].” So the entire production worked backwards from a pre-determined deadline.

HALLOWEEN II and HALLOWEEN III follwed suit in 1981 and 1982, respectively. The original was even shown for the first time on television the night before Halloween in order to coincide with the release of the sequel (see photo at right).

From there, many studios found that releasing their horror films in October meant a bigger box office. Stephen King’s SILVER BULLET and the cult classic RE-ANIMATOR were both released in October of 1985. The holiday tie-in TRICK OR TREAT followed in October of 1986. PUMPKINHEAD in 1988. Even the remake of NIGHT OF THE LIVING DEAD (1990) made its way into theaters during the month of October.

From there, dozens upon dozens of horror films to this day have been released in time for the Halloween season. Including the latest installment in the adventures of Michael Myers: HALLOWEEN KILLS (being released in the U.S. today).

In the end, it is not surprising to anyone that Halloween is prime time to watch horror movies. But it is curious that it seems to have taken until the late nineteen seventies for the holiday and the genre to be inexorably tied to the time of a film’s release.

EPILOGUE: WHAT ABOUT TV MOVIE MARATHONS?

The connection between horror films in general and showing them on TV or around Halloween definitely goes back to the early days of television. Someone may find the exact day the horror movie marathon debuted, and with whom (though I agree with one author that thinks the origin may be lost to time). But until someone finds that evidence — an episode of Vampira or Zacherle perhaps with those hosts of horror showing a string of films on or near October 31 and tying the holiday to the event? — the first time it was done will remain a topic for another blogger to address.

But I will leave you with something of a substitute for pinpointing early television’s first Halloween movie marathon, and give you a bit of good old host-of-horror-from-my-hometown (Philadelphia). It’s Zacherle — after he moved on to NYC — on All Hallow’s Eve, 1967. Enjoy the dance party.

* The NY premiere of Dracula technically happened two days before Valentine’s Day, which stirred up interest in the film for its romantic release

**HOUSE ON HAUNTED HILL for example came to theaters in February in 1959. (curiously, it’s 1999 remake was released two days before Halloween!).

*** One year earlier, IT’S A WONDERFUL LIFE missed a (wide) Christmas release.  It was planned for January, 1947. It’s premiere, however, was pushed up to December 20th of 1946 — not because of Christmas, but to meet the deadlines for consideration for the Academy Awards. But the film was not widely released  to theaters until January 7, 1947. Also in 1946? MIRACLE ON 34TH STREET. Released in May.

*** In a 2015 New Yorker article, James Surowiecki suggested that the lack of interest in going to the movies during the “dump months” may be the result from moviegoers’ lowered expectations — caused by the studios themselves (a self-fulfilled prophecy of sorts).