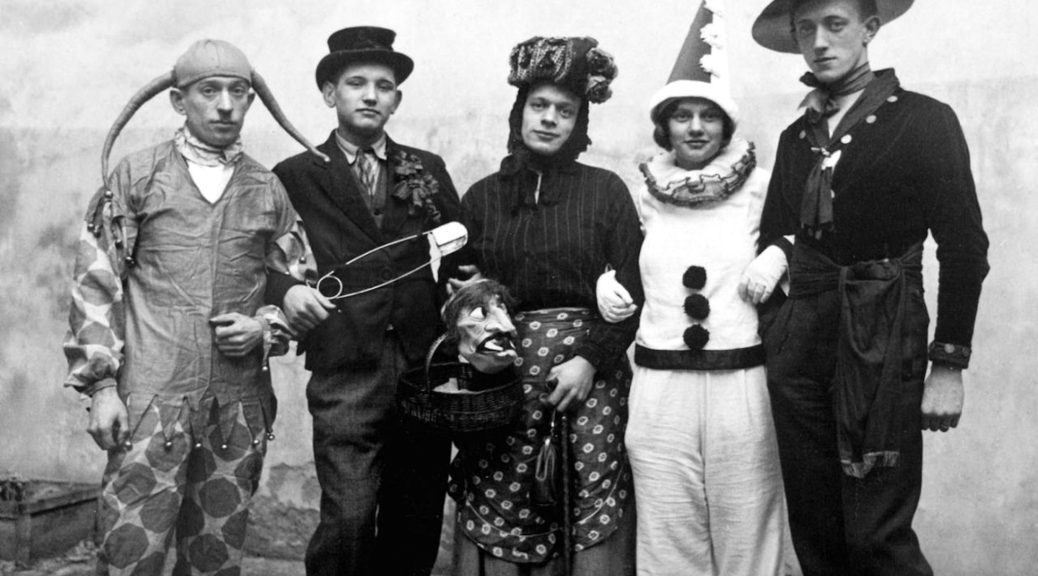 Among writers associated with Halloween, Edgar Allan Poe is arguably the one whose prose and poems are most often read this time of year. Yet Poe himself was unlikely aware of the holiday. If he were, he certainly would have noted in his letters awareness of the Robert Burns poem of 1785, or reading about Halloween and its traditions in periodicals of his time. Newspapers and magazines, after all, were his bread and butter. But there’s no mention at all of Halloween in his works. Poe died in 1849, and a brief study of American newspapers of the period would support a theory that he didn’t know much if anything about Halloween because observance of the holiday didn’t really take off in America until after 1850.

The Library of Congress’ “Chronicling America” service is a great resource for finding answers. At first only referenced in stories about the crimes of Burke and Hare occurring on October 31, the words “Halloween,” “Hallowe’en” and even “All Hallow’s Eve,” appear infrequently in American newspapers of the eighteen twenties and thirties. Other than Burns’ poem being referenced in a story about Christmas in Virginia’s Phenix Gazette in late 1832, it’s not until a brief mention in an 1836 issue of “Ladey Book” (aka Godey’s Magazine) that festivities of the day are given more than a passing reference [note: the author mistakenly credits “Ladey’s Book” as the earliest mention, which, as shown previously with Phenix Gazette, is not the case].

But in November of 1848, in a story in New Orleans’ Daily Crescent Gazette, Halloween is finally discussed by a journalist in some detail:

“The Eve of All Hallows, or Hallow E’en, is a memorable day throughout all Scotland ; but it is regarded more as a festival, which is consecrated to the interests of lads and lassies, and the revelation of the future destinies of loves, than a commemoration of the virtues of the saints. Many a foolish rite is performed more for amusement than from any real expectations of lifting up the veil of futurity and discovering things to come.”

There’s no mention of ghosts and witches, however. Nothing of the supernatural we have come to associate with Halloween. More in line with Burns’ poem, really.

It wouldn’t be until 1850 that one negative aspect of the holiday — as Americans have come to know it at least — is mentioned: mischief. One writer in The New York Daily Tribune of November first that year, makes it clear his or her disdain for the day.

“HALLOWE’EN — Last night, the closing night of the month, was an anniversary which is now almost entirely disregarded in these parts — the old festival of Hallowe’en or All Hallow’s Eve, still duly reverenced in England and Scotland, as well as in some portions of our own country. Its celebration here, however, has regenerated into the practice of all sorts of mischief; the only spirits abroad are imps of fun and fancy…”

It’s the first reference (that I could find at least) that mentions “spirits” of any kind (human as they are). The article ends:

“The sober sense of our community, however, is making way against these relics of ancestral customs and the Eve, with all its more innocent rites of maids that practice mysterious spells to get sight of their future husbands faces, will soon pass out of all memory except such as lives forever in the hale, warm and homely fireside pictures of Burns.”

Oh, was this author wrong.

By 1852, references to Halloween pick up in periodicals. Virginia’s Staunton Spectator of October 27 that year has a whole article devoted to “Rites of the Scottish Halloween.”

In 1853, The Washington Sentinel on November 2nd notes vandalism on the day. A handful of other papers through 1859 make note of the holiday (mostly in passing). Then comes 1860, and an explosion of mentions.

Dozens of publications start to make note of the holiday in 1860, most notably a work of fiction called “Not a Spectre” by Mary Kyle Dallas in California’s Mountain Democrat of August 11 of that year. It could very well be the first true American Halloween-related ghost story… or is it? While the answer may be obvious from the title, the story nonetheless cements the association of the holiday with the supernatural.

But why did it take until the 1850s and (more so) the 1860s before Halloween became a more pervasive topic for mid-19th century journalists? Many posit the theory that the potato famine in Ireland (and later, Scotland) from roughly 1845 to 1852, saw Irish immigrants bring with them Celtic holidays and traditions, including Halloween. It would make sense that, as these immigrants settled into their communities — and made their way East to West across the United States — that periodicals of the time reflected the influence of this immigrant wave.

The timing is certainly right.

To be clear, Halloween is mentioned in many a work of fiction in the British Isles prior to the mid-19th century. An excellent overview is provided by Halloween expert Lesley Bannatyne. And Bannatyne also points out that what may be the first American Opera, “The Disappointment” of 1767, features a conjurer claiming possession of a diving rod cut on Halloween. Yet it’s a quick reference and not a major plot device; it is doubtful it made much of an impression on audiences of the time

Even Bannatyne — having done extensive research (for which she deserves so much recognition) — doesn’t seem to mention another instance of Halloween and American fiction until the publication of “By Cupid’s Trick” in 1885; in another article, however, she cites periodicals of the 1870s as referencing Halloween. She’s right, but as has been seen in this article, those mentions actually start as early as 1850.

Regardless, it’s clear from a search of 19th-century American periodicals that the 1850s and 1860s were the years that awareness of Halloween gained momentum.

Into the 1870s and up until the close of the century, more and more papers cover the events of October 31 — even making it all the way to The Hawaiian Gazette in 1895, where a journalist noted that

“A Scotch writer who contributed an article to an American newspaper about Halloween last year declared himself ‘very much impressed by the almost universal observance of Halloween and its old customes in America.'”

By 1900 and into the twentieth century, Halloween truly began to take shape as more of what we know today (with its witches, ghosts, and jack-o’-lanterns). But American journalists prior to 1850? Like Poe, they definitely knew little, if much at all, about the folklore and traditions of All Hallow’s Eve.