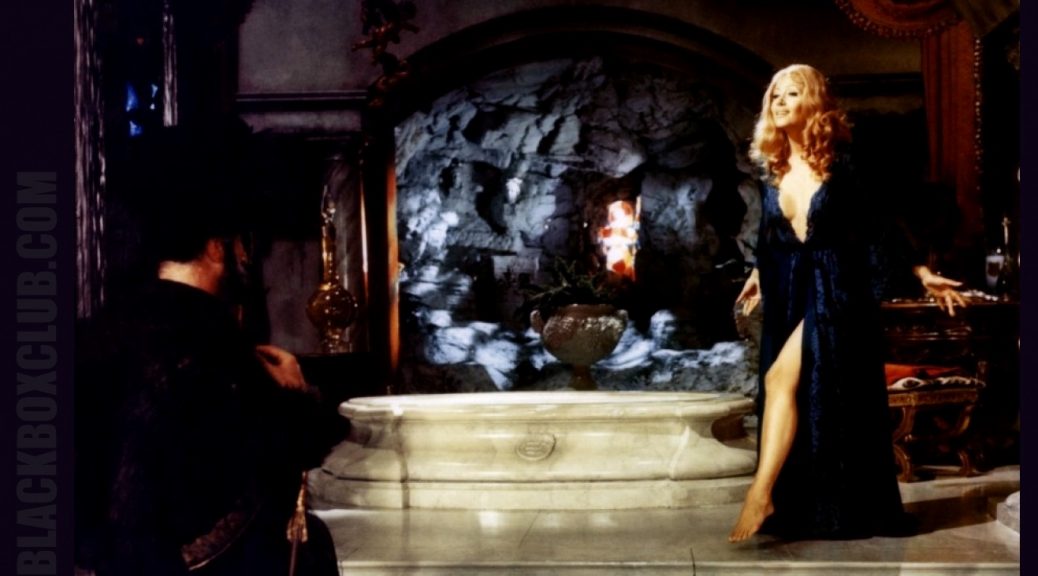 Hematolagnic Ablutophilia. Noun. A macaronic neologism that combines Latin and Greek roots to mean a sexual fetish which evokes arousal when the subject or object is bathed in blood. First usage? This article.

The fifth season of HBO’s True Blood featured a character inspired by Jewish folklore named Lilith. Silent and sinister, she is believed to be the first vampire ever to walk the earth. And she walks completely nude, covered in blood as vampire men and women fall under her intoxicating spell. Her blood is the source of immense power. And she is dripping wet with it.

Bathed in blood, the Lilith of True Blood is —more so than the winged demon of Hebrew mythology — evocative of a tradition in vampire lore that finds its origins in the historical figure of Erzsébet (Elizabeth) Báthory. A late 16th / early 17th century Hungarian Countess infamous for having allegedly killed hundreds of young girls, she reputedly bathed in their blood in order to retain her youth.

Depicted in many films — most notably 1971’s Countess Dracula, starring Ingrid Pitt, and two more recent offerings, one with Anna Friel and the other, Julie Delpy) — Bathory’s story of bloodlust in the pursuit of youth is legendary.

While testimonies following her arrest — extracted under torture, and often supplied by “witnesses” with connections to those who owed money  to her husband —described how Bathory tortured and murdered young girls (as many as 650 by some estimates), no references to the bloodbaths appeared in the transcripts from her “trial” that surfaced in 1765 (later published in 1817).

So why does legend overshadow the facts of her arrest and subsequent life sentence to confinement in a tower of her castle?

The first written account of the Bathory case — Jesuit scholar László Turóczi’s Tragica Historia — was published in 1729 at the height of the alleged vampire attacks in the Habsburg Monarchy from 1725 to 1734. A fantastical account of a blood-craving Countess, appearing at a time when “enlightened” Europeans were exhuming and staking corpses, sealed her fate.

THE PRIEST WHO WROTE THE BOOK ON VAMPIRES

Not only blood, but the blood of virgin girls. It called into question not only her mental state, but her sexuality as well.

THE WRITERS WHO TOOK IT FROM THERE

From Coleridge’s Christabel at the beginning of the nineteenth century (1797, 1800)  to Le Fanu’s Carmilla (1872) and, ultimately, Stoker’s Dracula by century’s end (1897), the influence of Bathory’s legend on the development of the vampire in literature — however veiled — was still clear. Gratuitous bloodletting with undercurrents of lesbianism had become so much a part of vampire lore, in fact, that Bathory, the historical figure, was lost to scholars for almost a century.

Contemporary historians Radu Florescu and Raymond McNally, however, helped to resurrect Elizabeth and her reputation. McNally, in particular, in his Dracula Was a Woman: In Search of the Blood Countess of Transylvania (1983) suggests that the Bathory legend has roots in antiquated ideas about gender. Lust and sadism were thought to be masculine vices. Bloodletting for a woman, then, must be attributed to her vanity, her pride.

THE LEGACY OF LILITH

Curiously, it is exactly the sin of pride (which included vainglory or vanity as far as the Church was concerned) that condemned the Lilith of mythology. In Hebrew Apocrypha, she is Adam’s first wife.  Desiring equality with him — including the option of having sex in anything other than the missionary position — Lilith was rejected by both Adam and God for such independent thinking. Upon a self-imposed exile, she becomes a temptress, seen as a winged demon from Babylonia and Sumerian traditions, and forever associated and intertwined with the serpent of the Garden of Eden. Demonized for her sexuality, Lilith becomes / is a symbol of man’s fear of strong-willed women. Sexual beings with their own desires. Creatures that shed blood, yet are renewed.

Something deep in our reptilian brains, it would seem, is repulsed by yet attracted to this potent image of a beautiful woman embracing the serpent or covered in blood. No coincidence, then, that when Adam’s second wife, Eve, is tempted by the serpent and, in turn, tempts her husband to eat from the tree of knowledge of good and evil, her punishment is not only their banishment from the garden, but the curse of pain in childbirth for all women to come.

If blood is the life (Deuteronomy 12:23) and life is power, a powerful woman may have been judged by early man to be too bloodthirsty. Depraved. A demon. A vampire. Craving blood. Shedding blood.

Perhaps even pictured as bathing in it.

Lest you think that accusations of bathing in blood are reserved for a late 16th / early 17th century noblewoman, see what a housekeeper at a London hotel said about Lady Gaga earlier this year.

For more about Ingrid Pitt, read this blog entry about the Women of Hammer Horror. 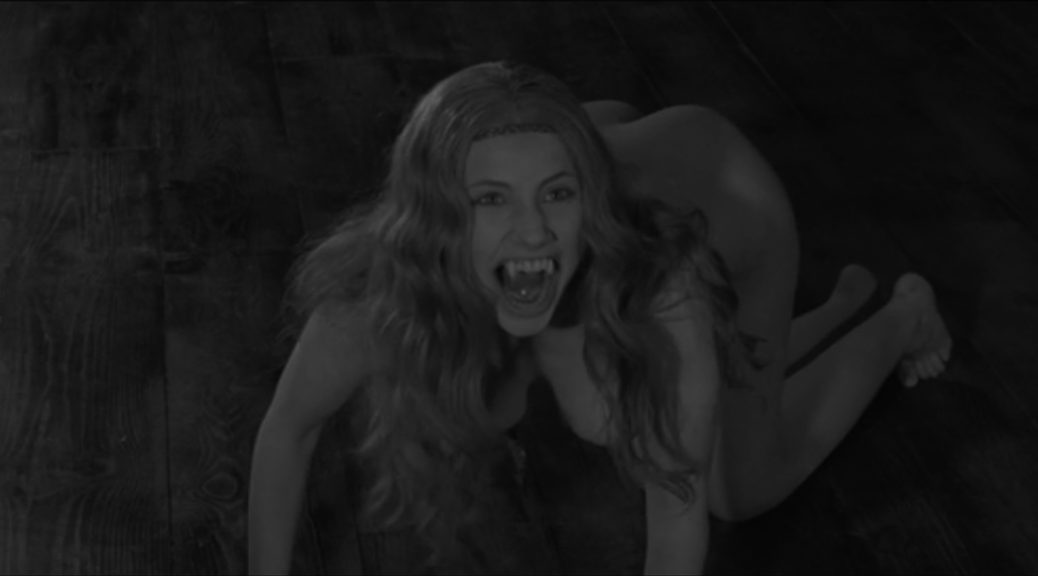