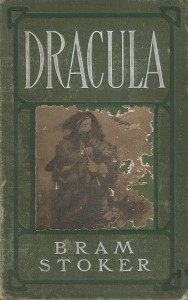 It is curious that the red cloth cover to a 1902 / 1903 reprint of the second American Edition (http://dracula NULL.cc/_img/gallery/dracula_book_cover_1902_doubleday_89_small NULL.jpg) is the only image like it readily found online. But an image of the green cloth binding of the first printing of the second American edition, to my knowledge, has never been readily available, either as a scan posted by a secondhand bookseller or a Dracula historian. 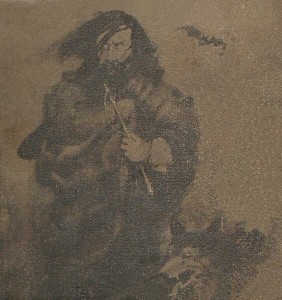 For an article that details the history of editions of Dracula, I recommend the excellent and concise eBay guide to editions of Dracula written by Frank Krieger (http://reviews NULL.ebay NULL.com/Dracula-1897-First-Edition-Book-is-NOT-Grosset-amp-Dunlap?ugid=10000000003006737) and Newport Vintage Books’  Top 20 Misidentified First Editions (http://www NULL.http://newportvintagebooks NULL.com/help/firstedition_errors NULL.htm) (also by Krieger).